I travelled to Mumbai on work in March and chose to stay in Bandra. For the unacquainted, Bandra is a trendy, cosmopolitan coastal  suburb in Mumbai and usually a convenient place to be based at. There are  restaurants  at every corner,  gyms, spas, hip boutiques and weekly farmer’s markets. There are also pubs, clubs and promenades by the sea. With this  constant liveliness  it’s easy to  miss the  restful, colonial Portuguese houses that still dot  the area, each standing aloof as if in  fragile defiance to the current scene. The focus of my visit to Mumbai  was the ongoing  work at our sites,  but as I settled into life in Bandra  it became difficult to resist the pull of this anachronistic world.

I began spending mornings and late evenings  strolling around Bandra’s smaller lanes and discovered comforting, languid, coastal scenes among the bustle.  Some are  featured here, others up on Instagram or Facebook. The better maintained homes  are usually leased to members from the  Catholic community  by the Salsette Catholic Cooperative Housing Society. The more run-down ones housed people who couldn’t afford their upkeep, were  under litigation or had been sold to developers.

The older residents of Bandra told me  that it was different before the developers took over–  the doors were kept open, neighbours known, walls low,  the skyline free and the atmosphere easy. It’s the story one hears almost everywhere in urban India today– of the sudden redefinition of the cultural and urban environment of middle class  neighbourhoods. Homes that were previously designed by families and architects  have been  reconstructed into high rises by developers. Apart from the obvious social changes,  this exchange has seen gardens and green spaces replaced with concrete on almost every square inch.

Of  the colonial  Portuguese homes that had been abandoned and awaited demolition in Bandra, it was the small ones that left a lasting impression. Like an empty cottage that  lay on an extremely busy intersection that  was  barely holding together. It’s quaint wooden porch  looked out onto  a tiny semi- circular  lawn, surrounded by  beds of Spider Lillies.  At one end of the garden, stood an old Frangipani tree  in bloom overshadowing a waist height, wrought iron gate,  it’s flowers strewn across  a chevron patterned brick driveway.  It stood in solitary dignity amid the noisy  traffic and offered me  momentary repose. I felt appreciation for its unassuming  beauty  and deep respect for the thought  behind every aesthetic detail that had been tended with years of love.

Today, it’d take a  stretch of imagination  to envision what  this house with the others like it and the surrounding streets might have been  at their prime.  Glimpses of  the older Bandra may still be caught  in scenes of  men and women reading papers on verandahs, taking to each other across house walls, drinking their evening chai on porches  or playing cards in their lawns with family and friends. Walking down the streets I’m only too aware that this too will pass,  but grateful that  for now  it still exists, timeless and surreal. 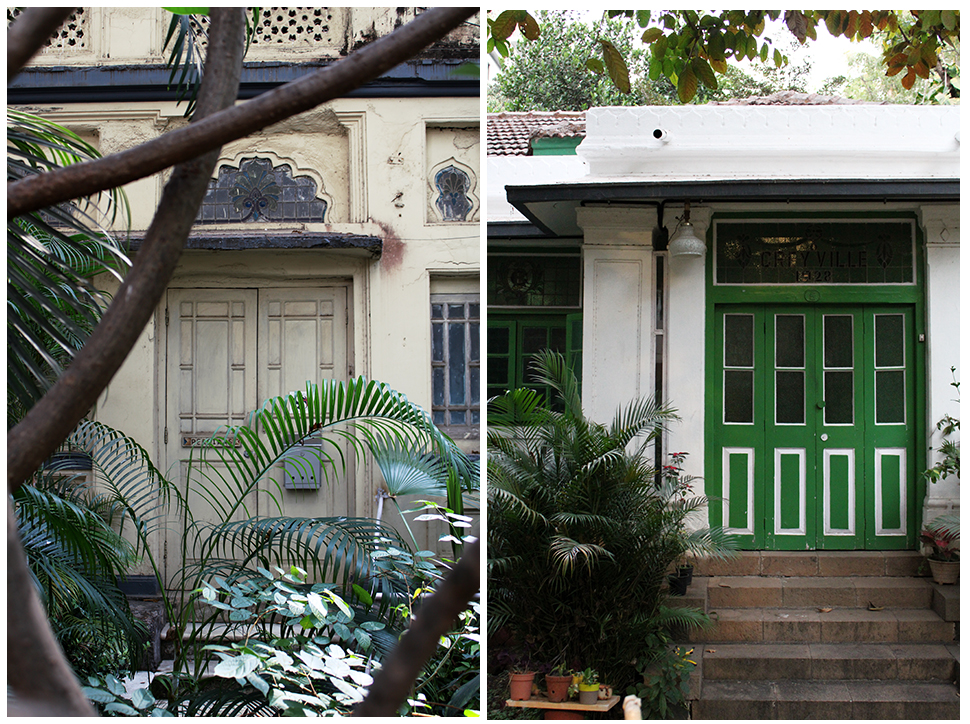 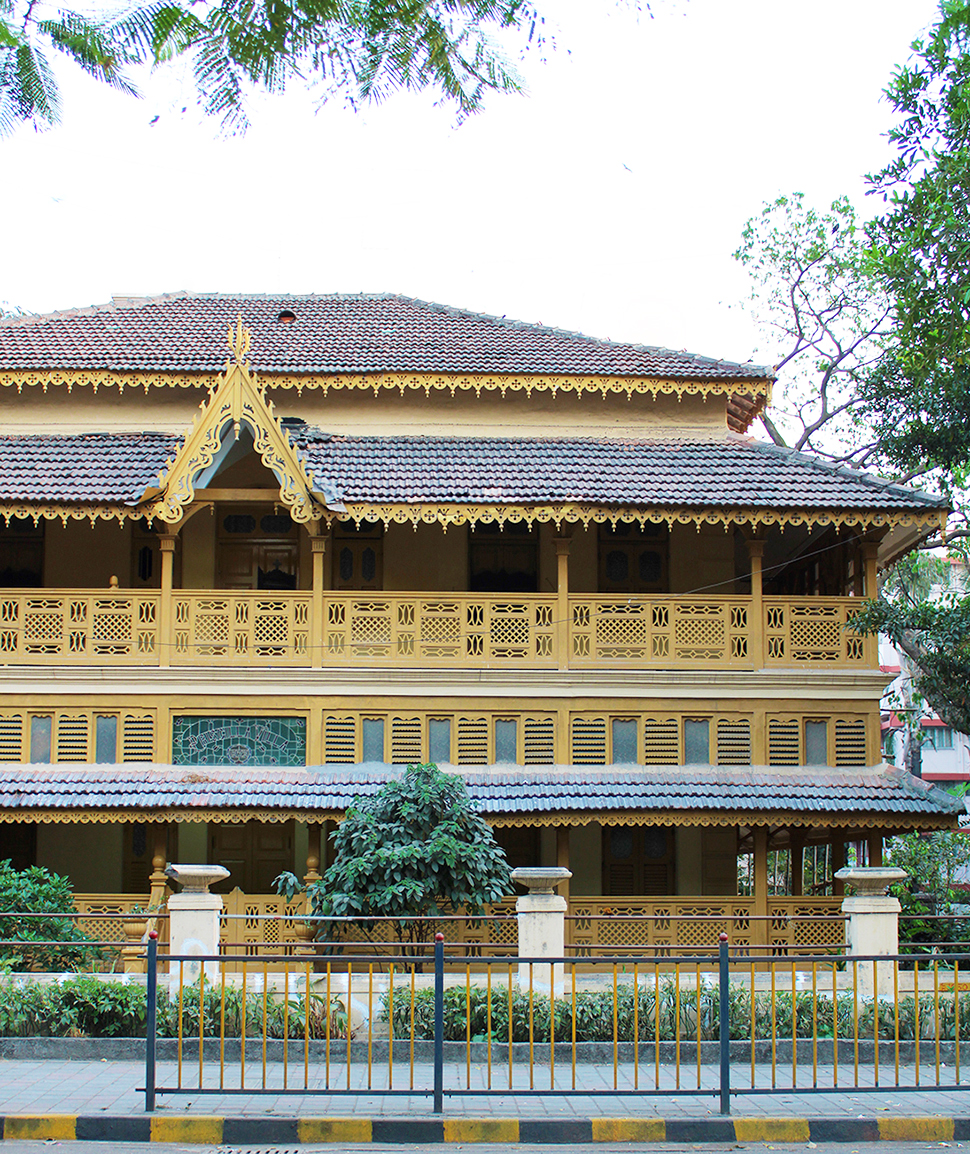 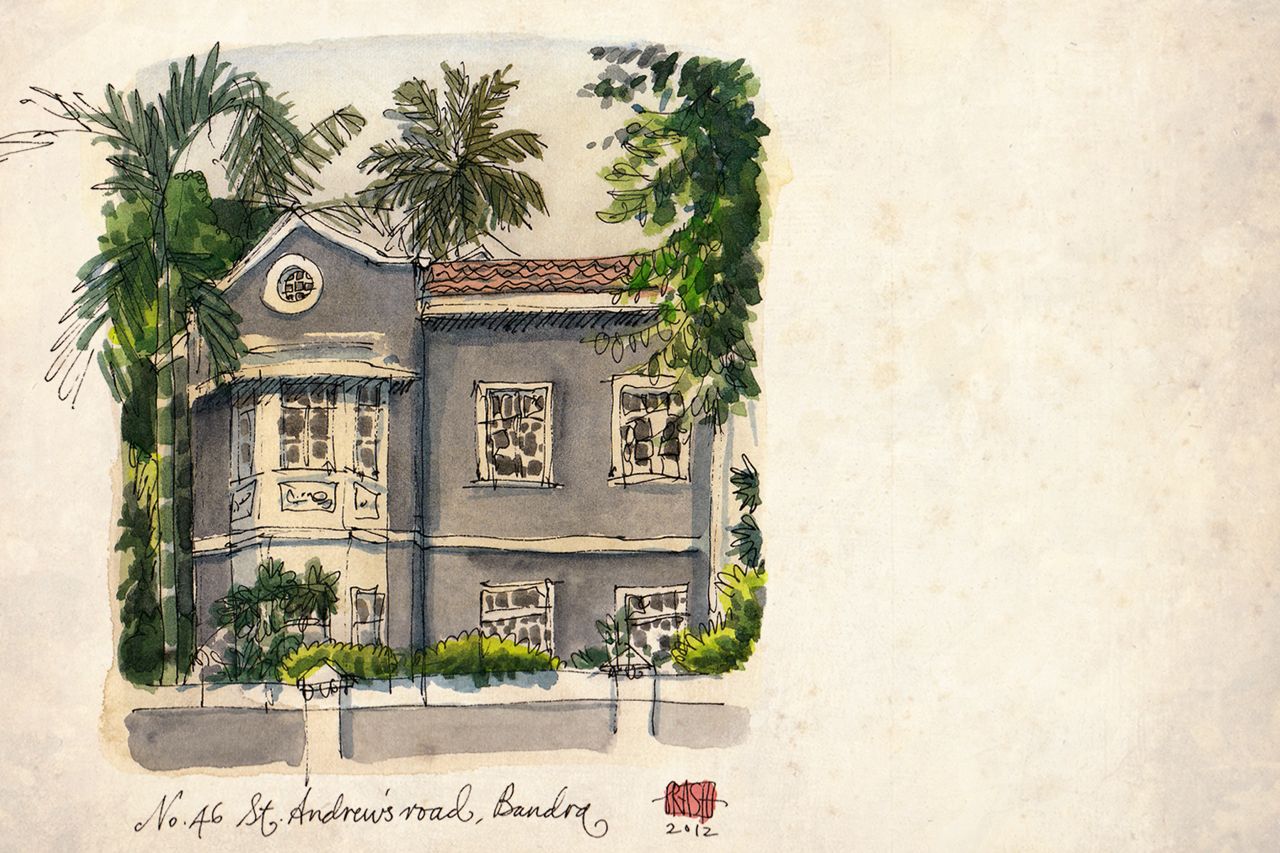 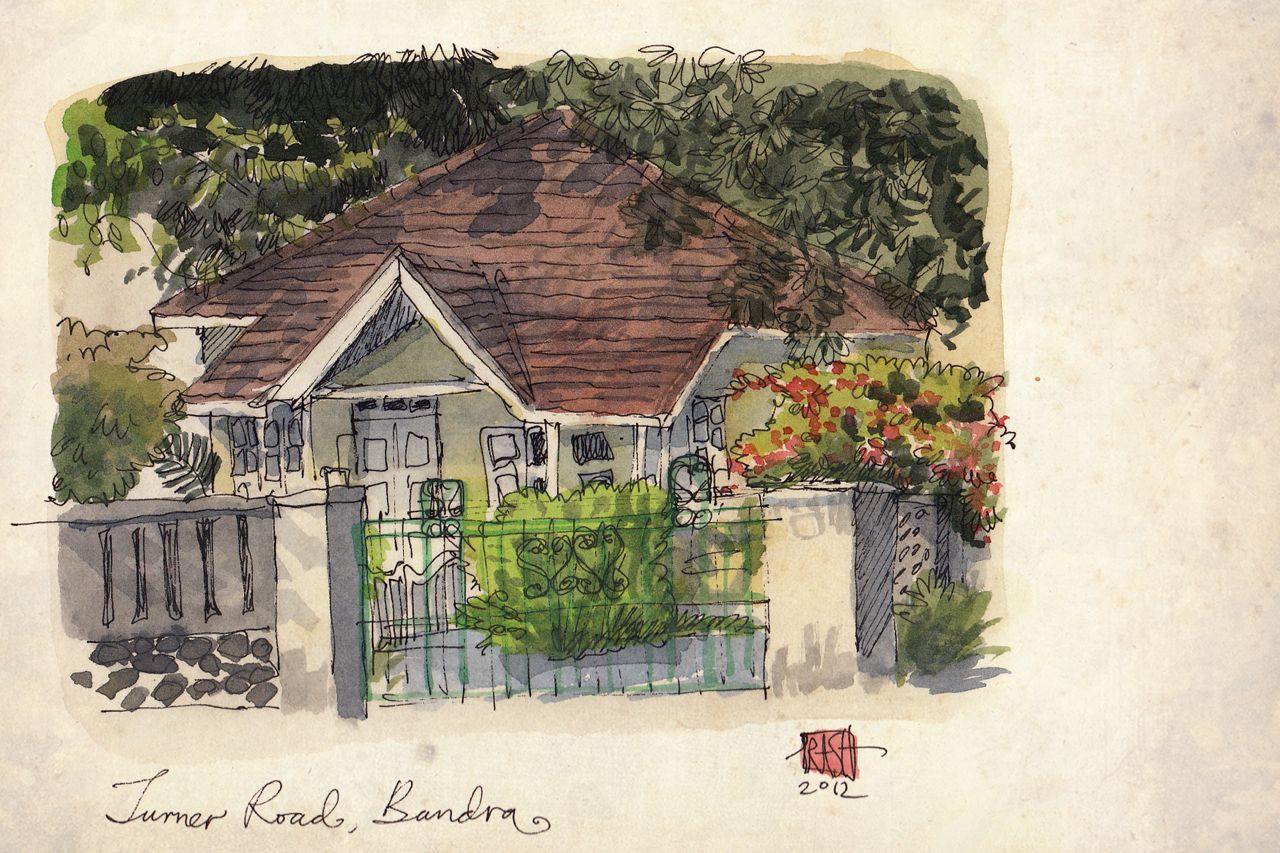 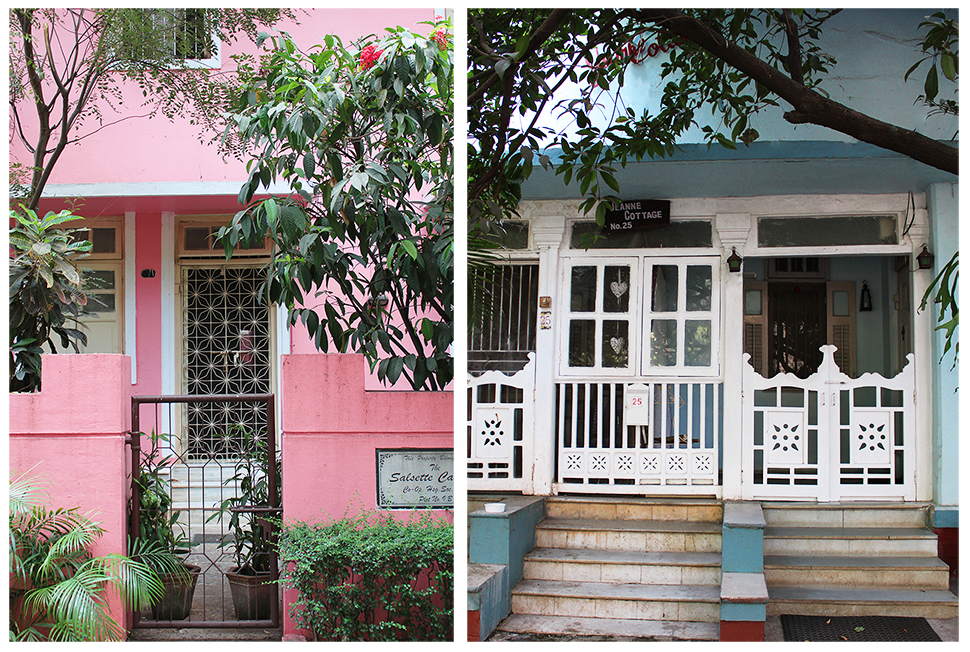 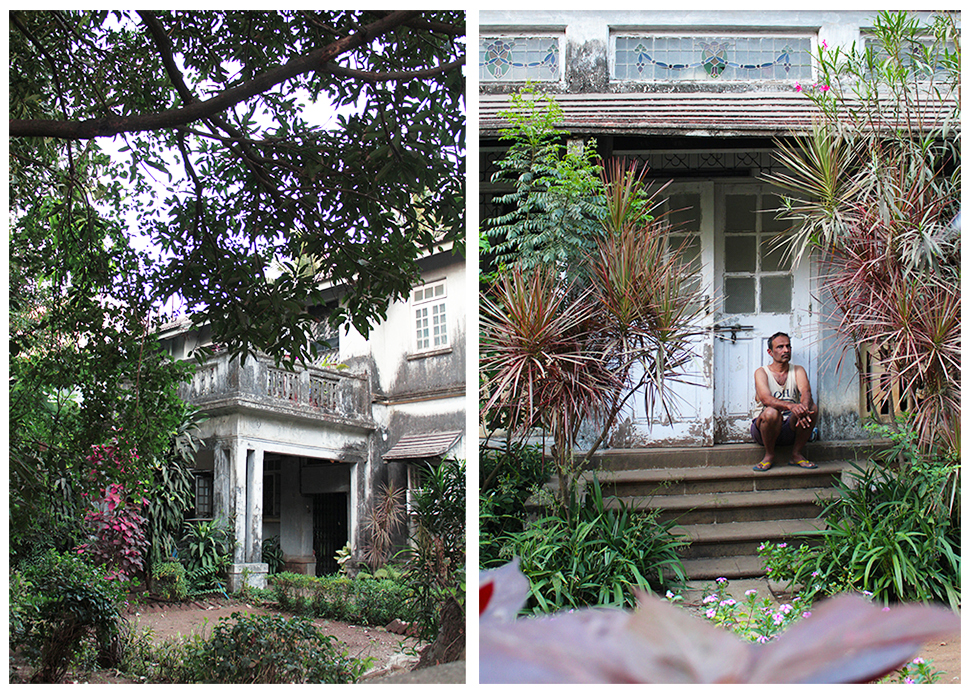 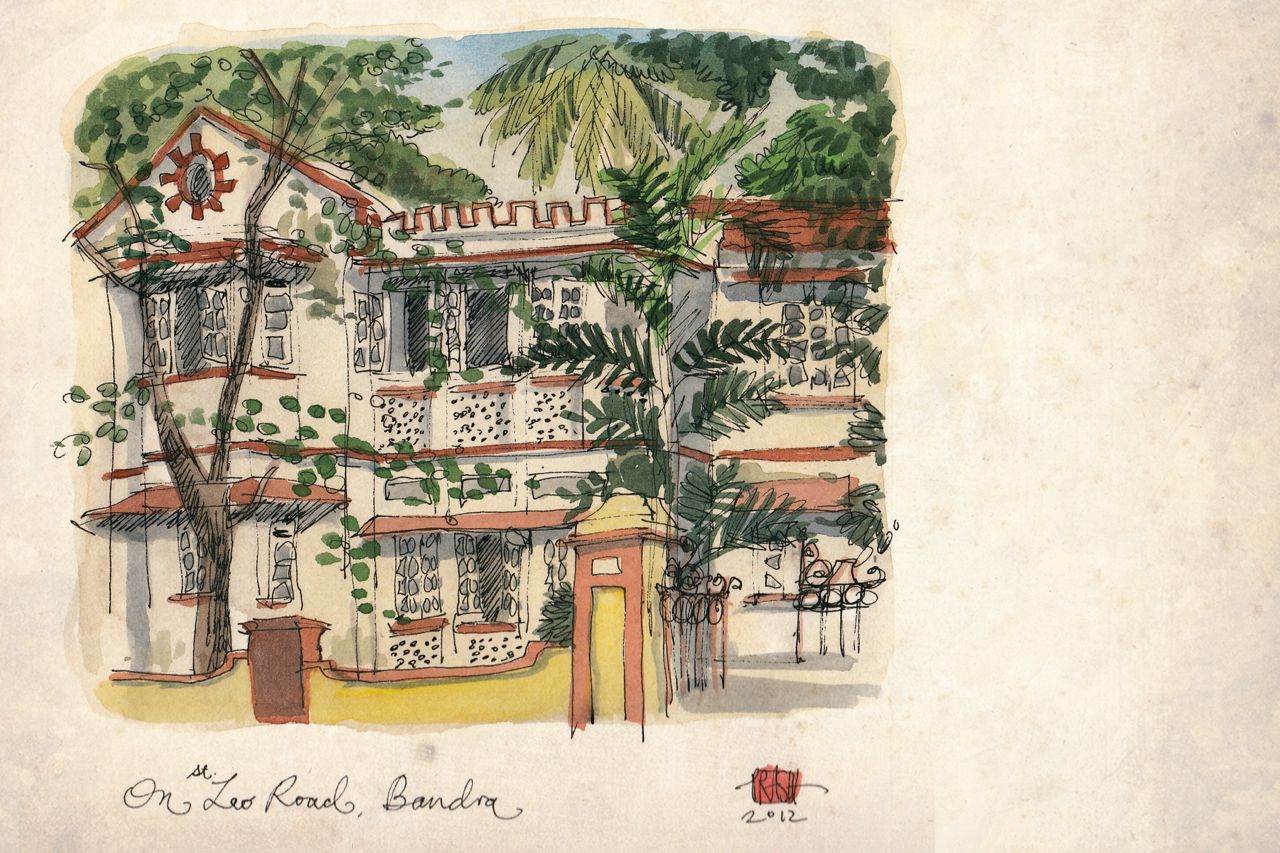 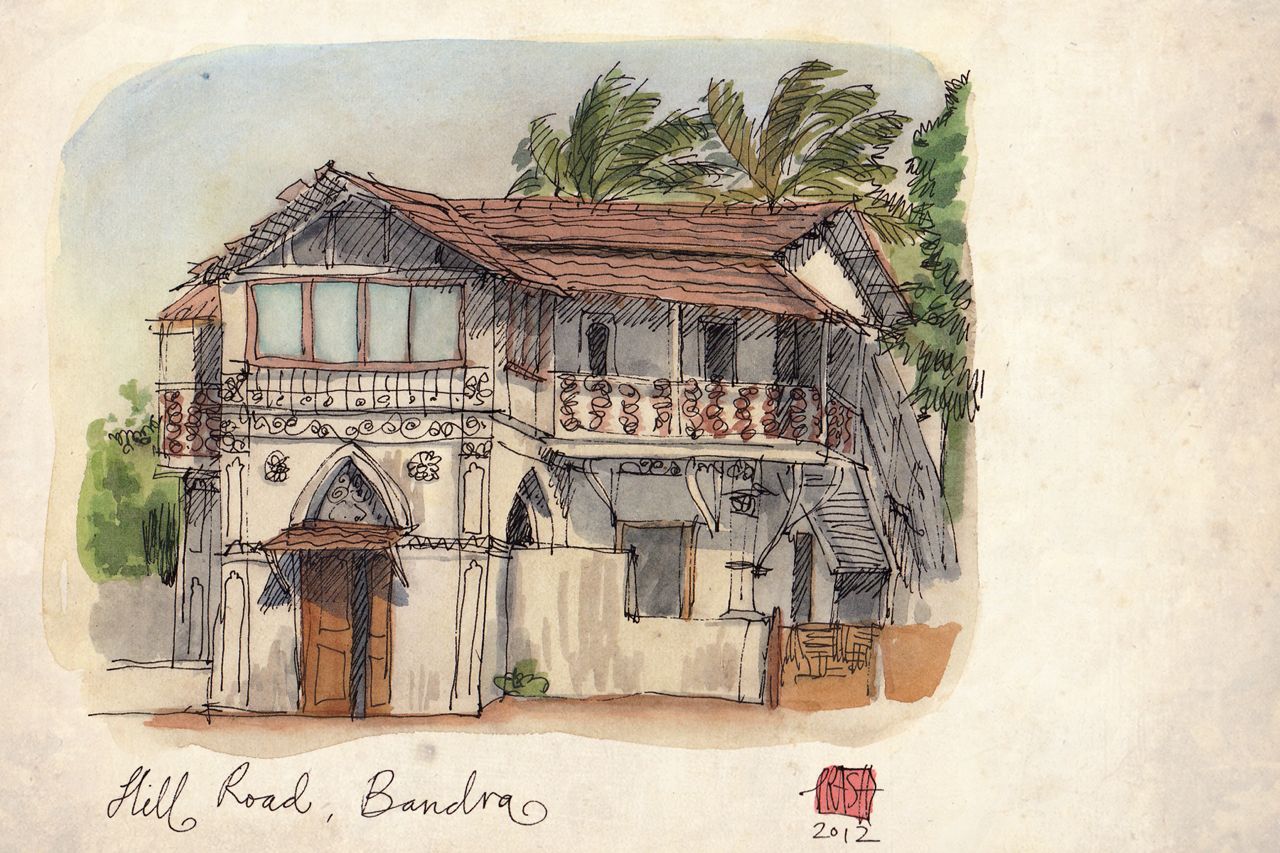