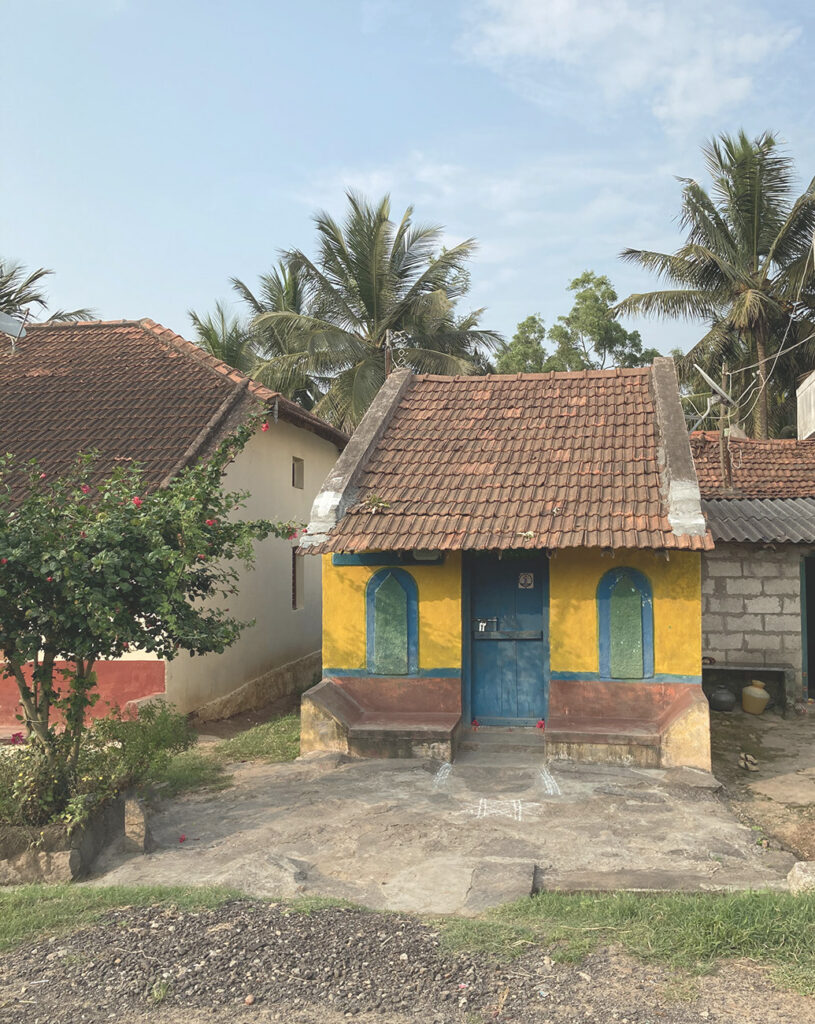 We  stopped by  a village at the foothills of Kodagu on a crystal clear October day. The houses here,  small and  brightly coloured were accompanied by patches of  vibrant gardens.   Set idyllically against a stunning  visual backdrop of crisp green  fields and the  ambient sounds of birds, a stream and the odd vehicle, the scene was  arresting. We noticed  women,  young and old dressed in rich, traditionally woven saris squatting outside their homes as  children played nearby amid drying crop and men stood talking on the side of  a large temple tree. We saw young men fishing by the stream nearby while local birds of prey circled the water in hope of a catch.  The scene was a  refreshing break after the drive out of Bangalore.

The village’s tidy, little houses, with their sun faded walls and their neat, narrow, mud lanes were surrounded by an air of gentle dignity.  And whilst dignity is often perceived as lacking amongst those that are economically disadvantaged, this scene was anything but undignified. In the words of Johnathan Glennie who writes in The Guardian,  the premise that dignity is lacking among the poorer sections of society  ‘is actually a very limited interpretation of a word …some of the poorest people are the most dignified. And some of the richest lack dignity. In a world of poverty and injustice, who are the undignified? Is it the poor or the rich? Is it the victim of violence or the perpetrator? Is it those who lose out to corruption or the corrupt official?’

This is food for thought even in the world of interior design, where trends are often determined by a system that lauds the wealthy. Wealth is often perceived in the industry as dignified and worth emulating. And yet, it is scenes such as this one in Karnataka, scenes of simple dignity, present in abundance in India that have most inspired our style. In the pause on that October day, we collected yet another memory and saved for reference the qualities of rootedness and serenity, sometimes illusive to us in the city. 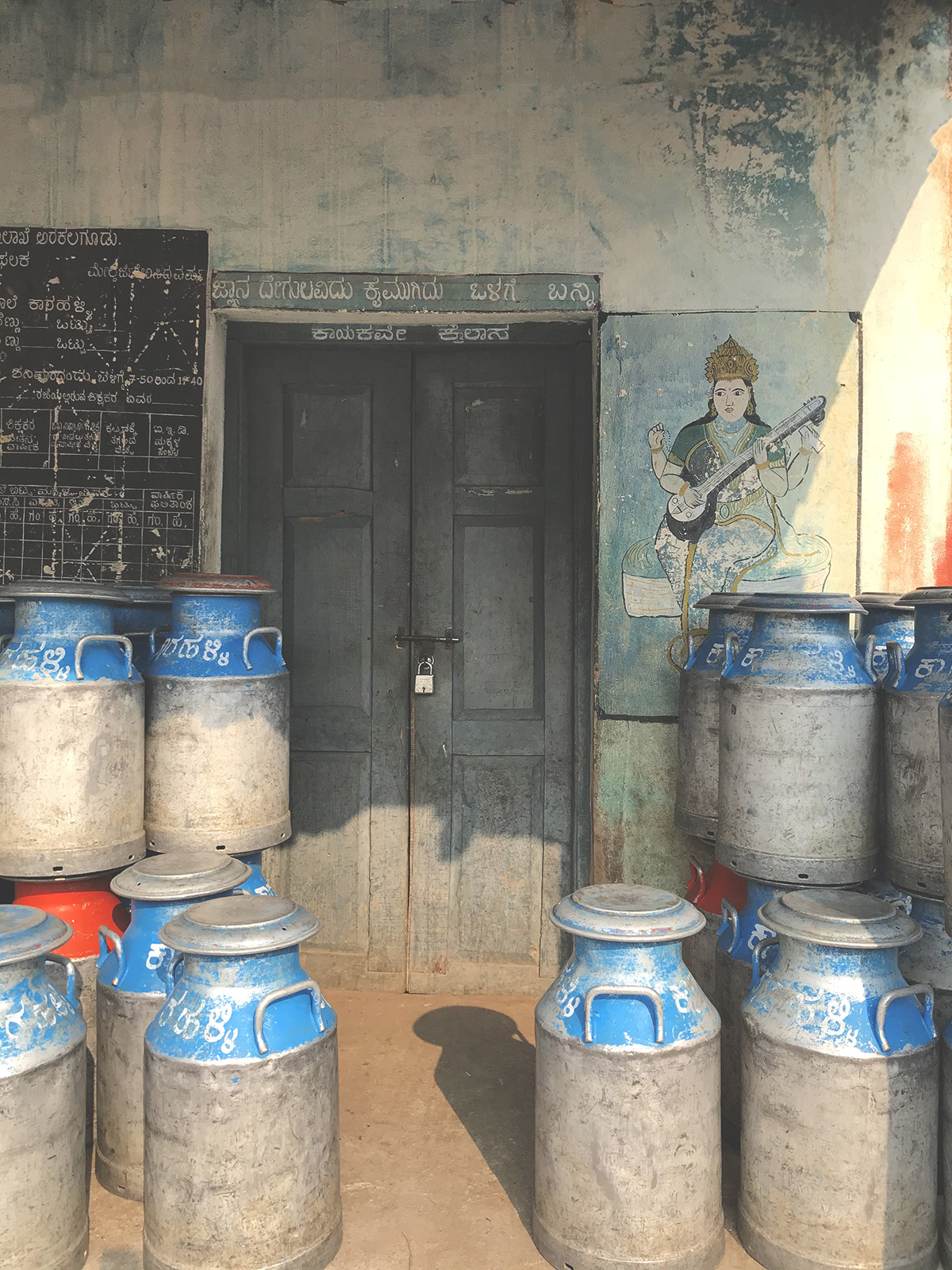 Milk cans piled up in the corner of a building 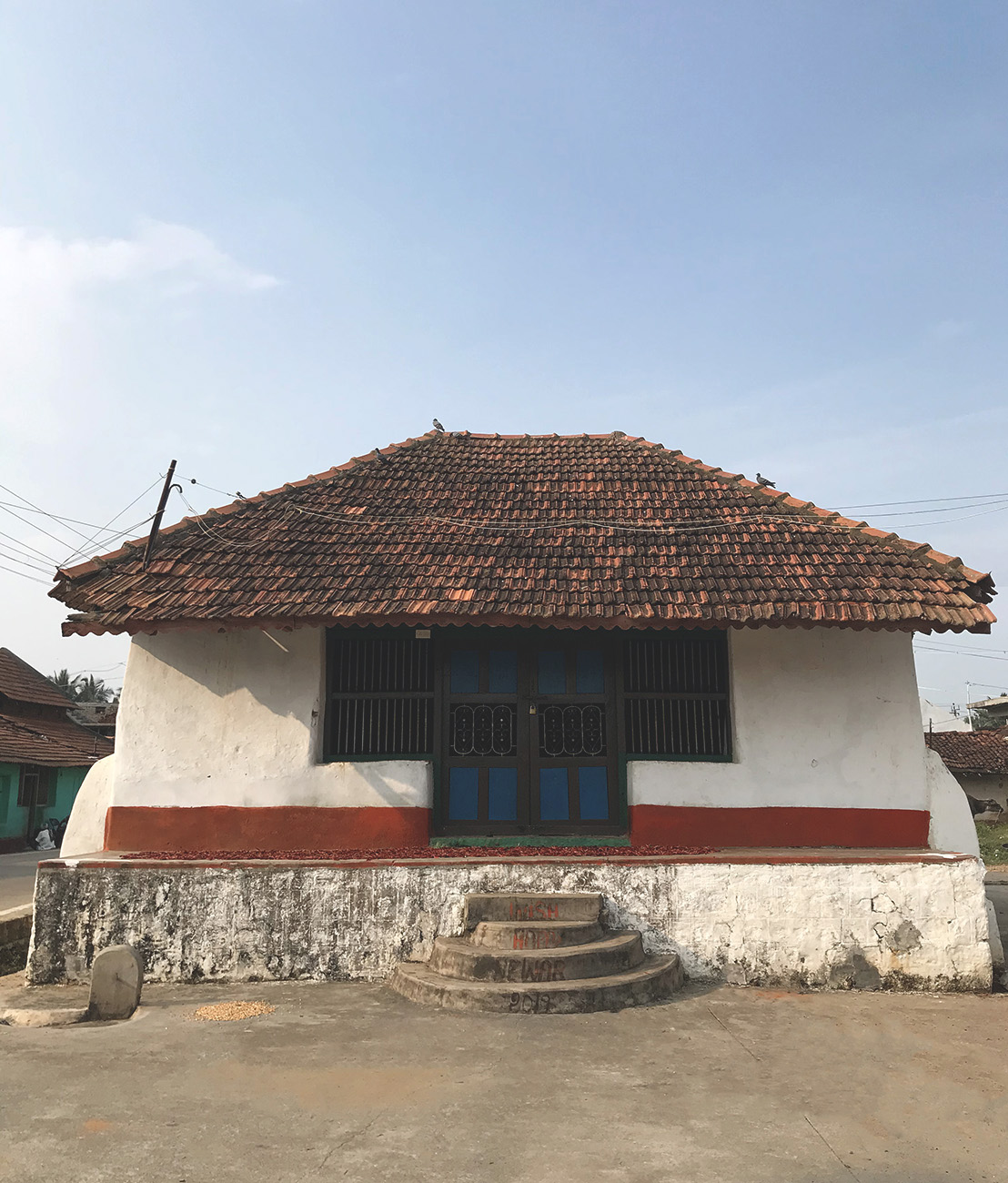 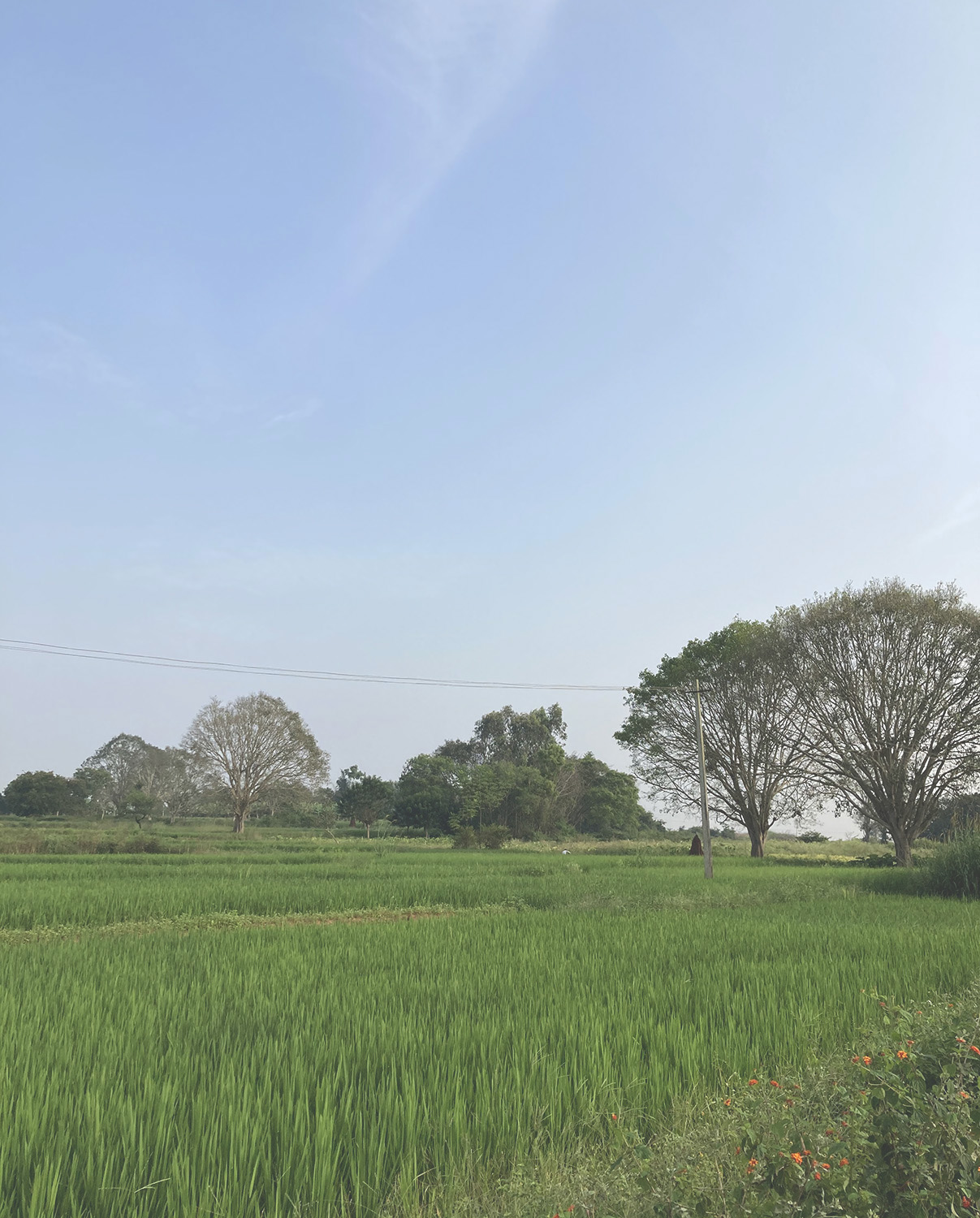 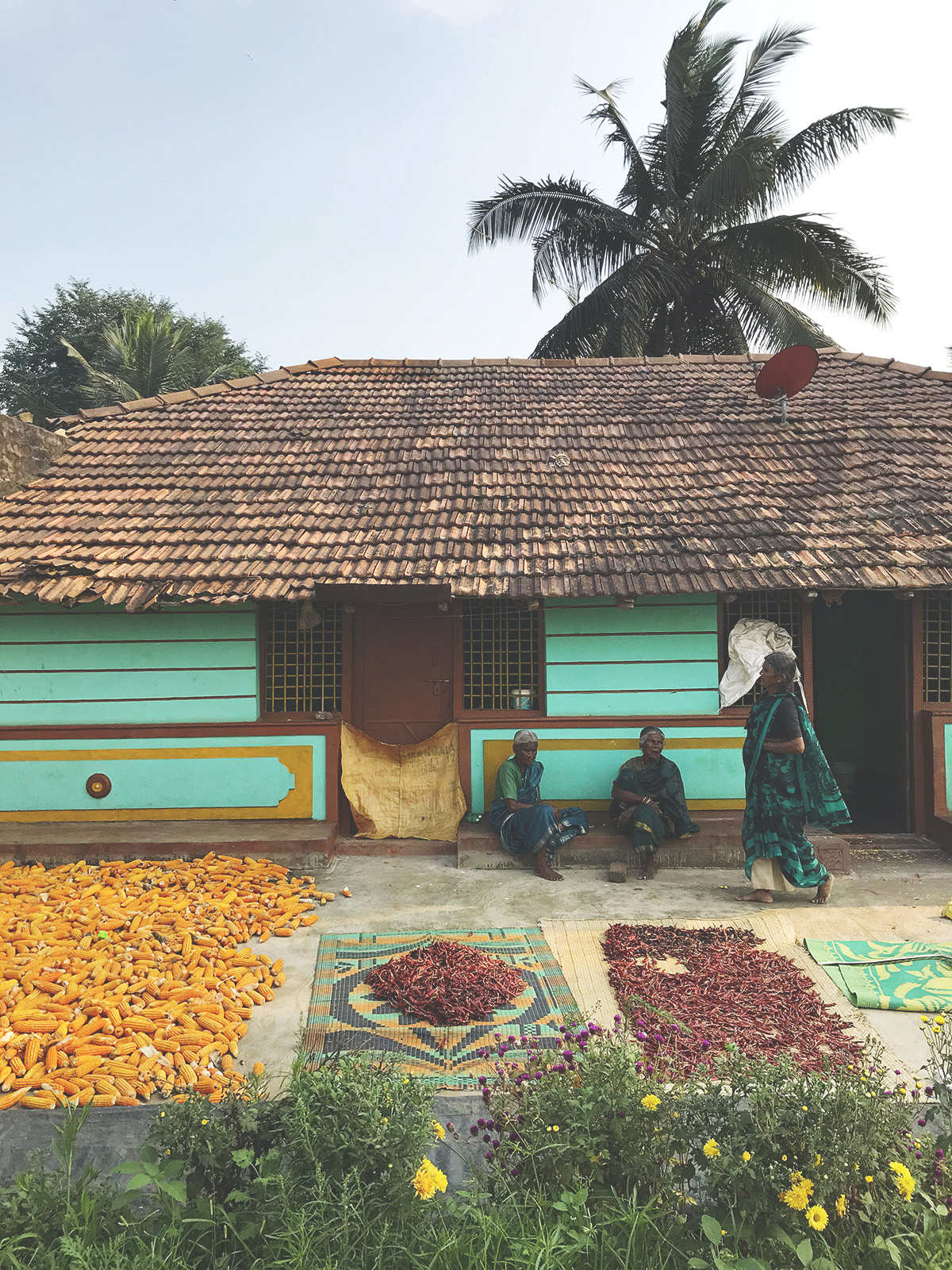 A typical house in the village

The Elegance of Birds