This was the space that started it all– a rented studio apartment in New Delhi. With a budget of Rs 20,000, I  took it from a set of rooms that were just about inhabitable to something that one  looked forward to coming back to each evening.

Nine years ago, with time to spare on my job, I started documenting the transformation of my first rented studio apartment in New Delhi. The space was small enough for one and located in the safety of a friend’s compound. The challenges however were plenty: An old, cramped living space, a limited budget, deep colour cravings and a desire to somehow make it airy.

Starting with the colours, I chose a crisp green and an egg yellow for most of the walls, while keeping some white. An oddly placed door was painted navy blue and an ugly brown cupboard got a distressed makeover in a blue-green shade. Distasteful bathroom pipes were painted to match the rest of the colour scheme and everything from the smallest nut to the largest bolt was carefully taken care of as far as detailing went. 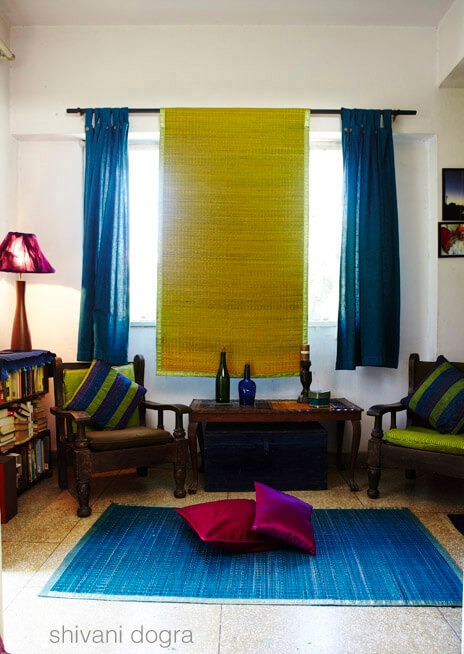 DECORATING ON A BUDGET 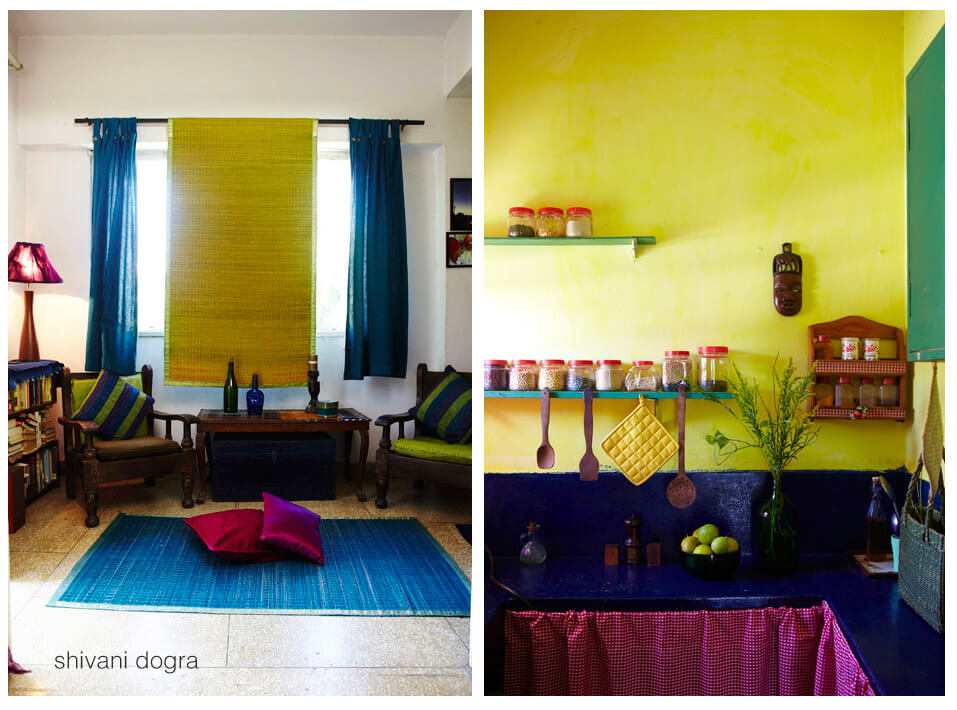 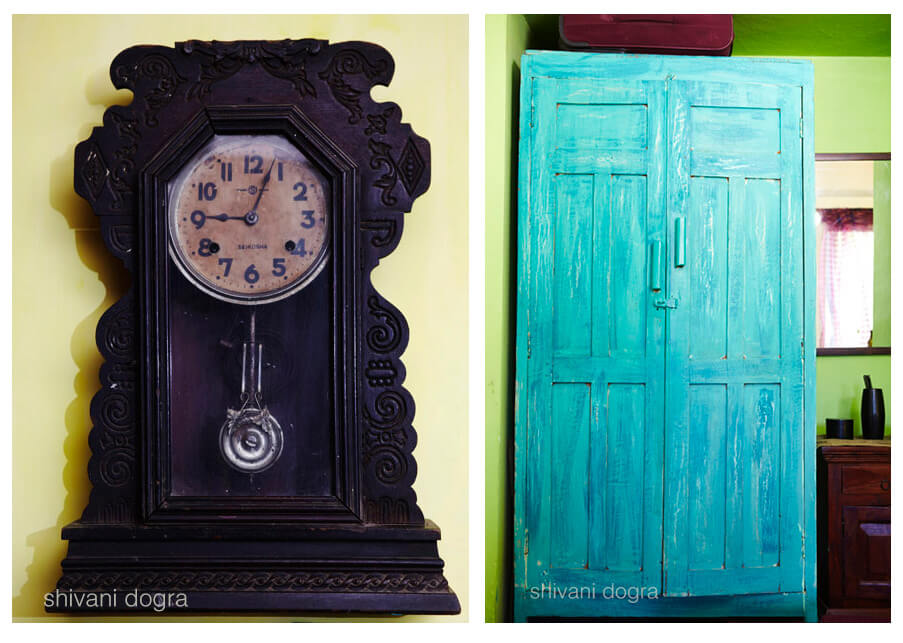 Torn, old bed spreads were reused to make lampshades, cover pinup boards and reupholster chairs. Colourful grass mats were turned into covers for windows and floors.I scoured second-hand flea markets and managed some fantastic deals on chairs and other furnishings, some for as little as Rs. 350. 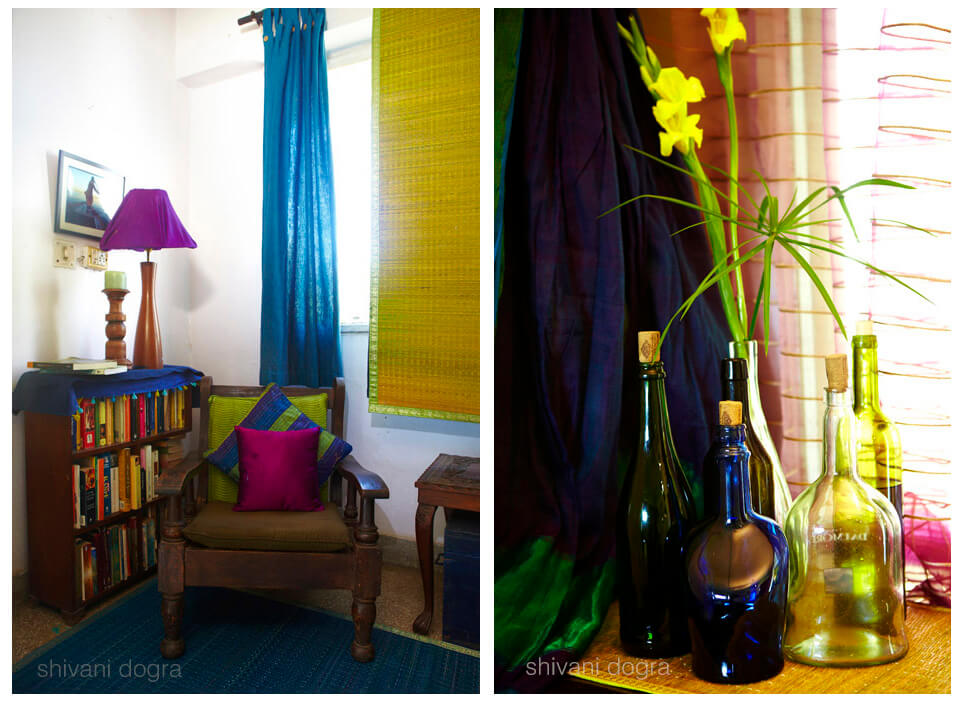 The bathroom was the most difficult challenge. But there were some bright spots: it had old stone walls, far better than vitrified tile of dubious quality, and a large window for light, though it naturally needed covering. With a little scraping and cleaning, and colour added wherever there was space, the walls looked good as new. I painted the window sill green and covered the window with an old bamboo screen that was brightened up by stitching a colourful, striped piece of fabric onto it. To add more punch, I placed two framed vintage Bollywood posters next to the basin and a beautifully glazed plate from Jaipur. A perfect bathroom for one person! All the accessories in the bathroom were chosen in stone and glass to go with the old walls and flooring. This space was a dedication to stylish thrift at its best. 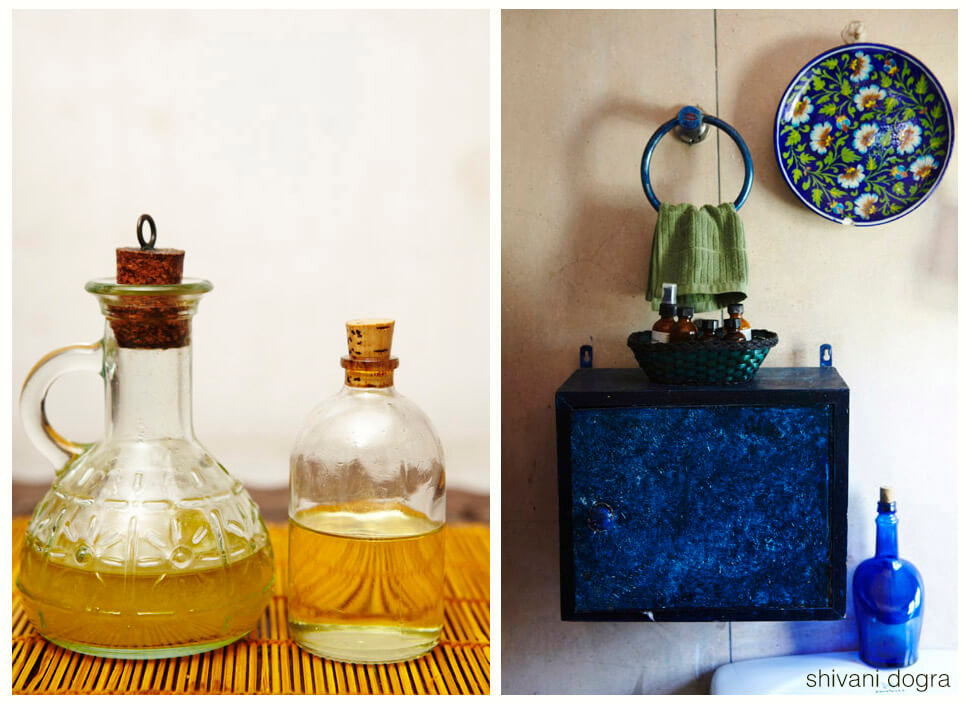 7 years have passed since I left this apartment behind and took the path to a new career. A initial one-man show that’s expanded to include a team with numerous projects completed successfully.

Small though it was, it’s role was consequential. It taught me much besides that the potential for a dwelling to give joy, did not always depend on ‘location’, that a small budget if used effectively, could still create a home with depth and that the process could sometimes be more fulfilling than a hastily done home on a substantial budget. More importantly however, it helped me find that part of myself buried beneath years of safe choices and opened the doors to a new, fulfilling career– a fortuitous discovery that continues to satisfy. 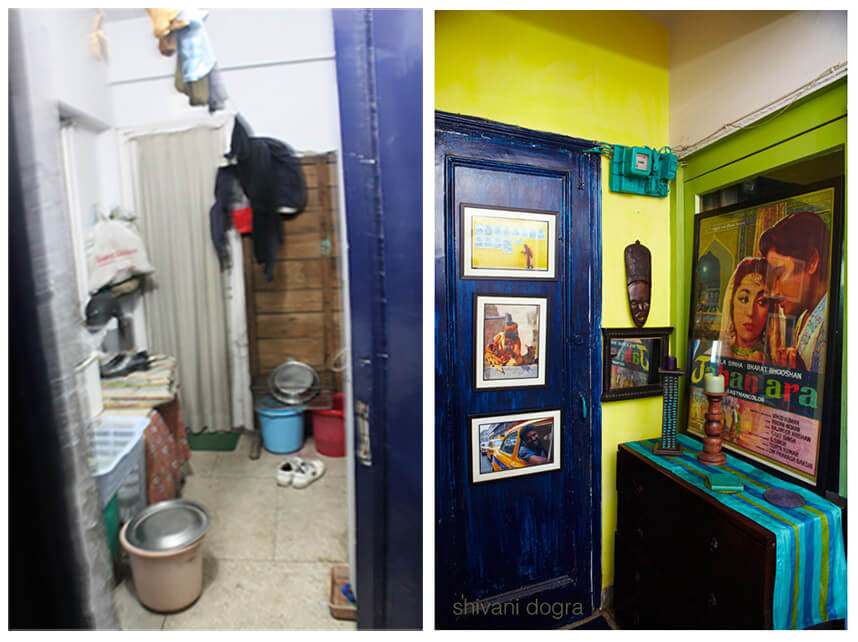 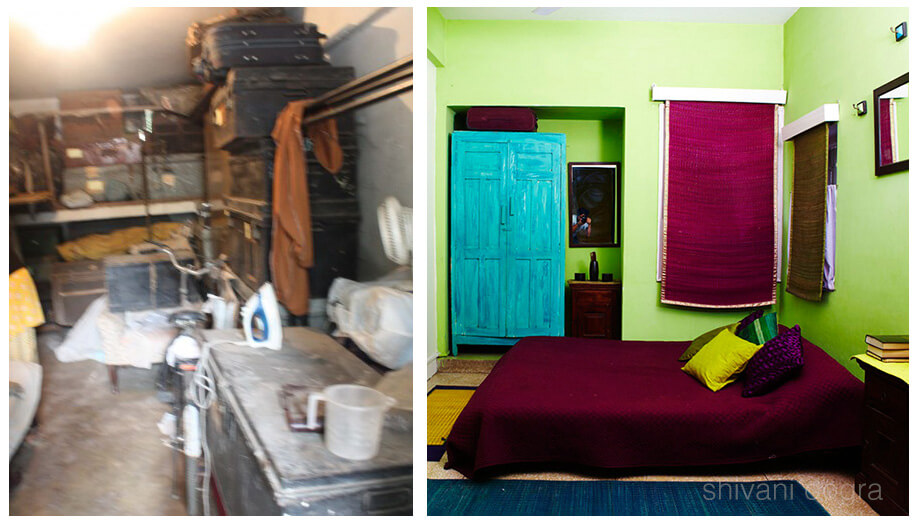