How To, Interiors, Work

Blue. We’ve used the colour often. In bedrooms, drawing rooms, dining rooms, kitchens and bathrooms. The shade has completely  dominated  some rooms, only touched a wall in others and sometimes lent it self even more minimally to just a skirting, a door or a window.

Widely available now, there was  a point in history when blue was rare and the most expensive colour. The production of the pigment  then was costly and blue came to be  associated only with the rich and the divine. This changed with the advent of the industrial age when cheaper blue pigments became easily available, not least in paint. Today there are numerous shades of blue on a single paint fan deck and we’ve used a whole range of them for offices and homes. Also evocative of peace and tranquility,  it’s a colour most of our clients are comfortable living with. When we use blue in our work, we use the shades keeping in mind the context of an Indian home. India is famously known for its relationship to the colour blue through the Indigo trade and its portrayal of “blue Gods” such as Vishnu, Shiva and Krishna. That makes it is easy to use the colour contextually in most Indian spaces.

The images shared here use blue from western paint shade cards that have been adapted to an Indian story. We’re sharing the exact colours of blue we’ve used in our rooms as  many people have asked us to share the paint colour codes. The first image is a part of wall mottled which uses two shades of blue from Dulux to imitate some of the faded walls we used as references from  Navalgarh, Rajasthan. The second is of a photo from our studio in Goa. The blue tiles from Jaipur and the ceramic fish is from Goa have been paired with their closest matches on Pantone and Dulux fan-decks . The third picture is of a modern apartment in New Delhi, the handloom bedspread in navy blue adds a Desi touch. And the last image,  a mood-board with a range of grey blues is inspired by a Delhi winter and nostalgia. 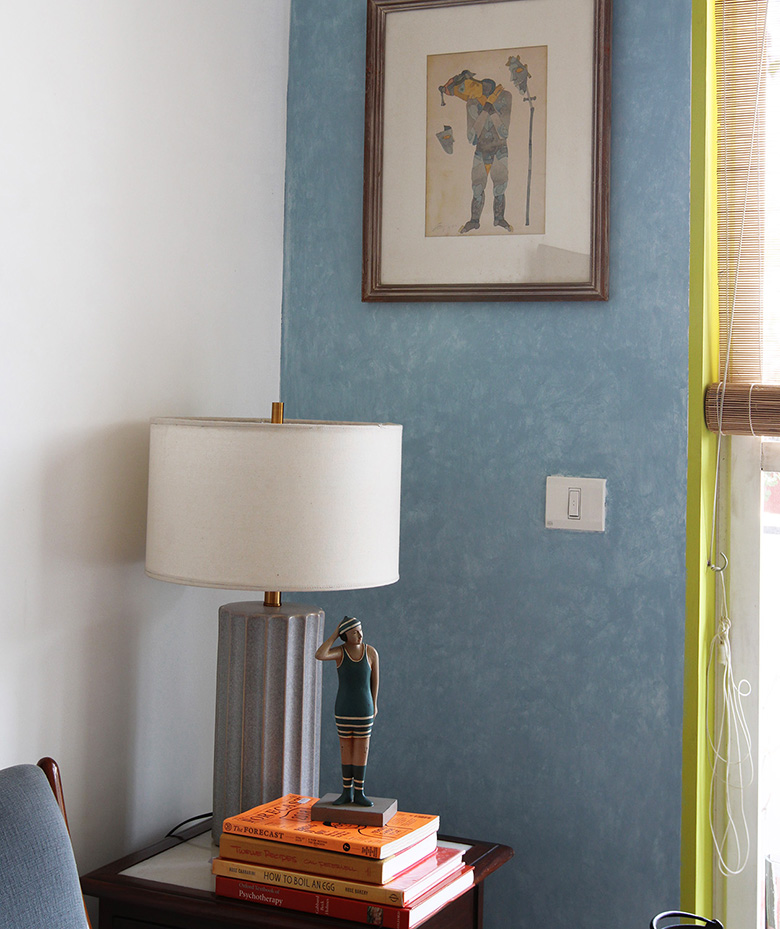 The wall was hand mottled  by a painter. Mottling typically requires two or more shades of a colour. 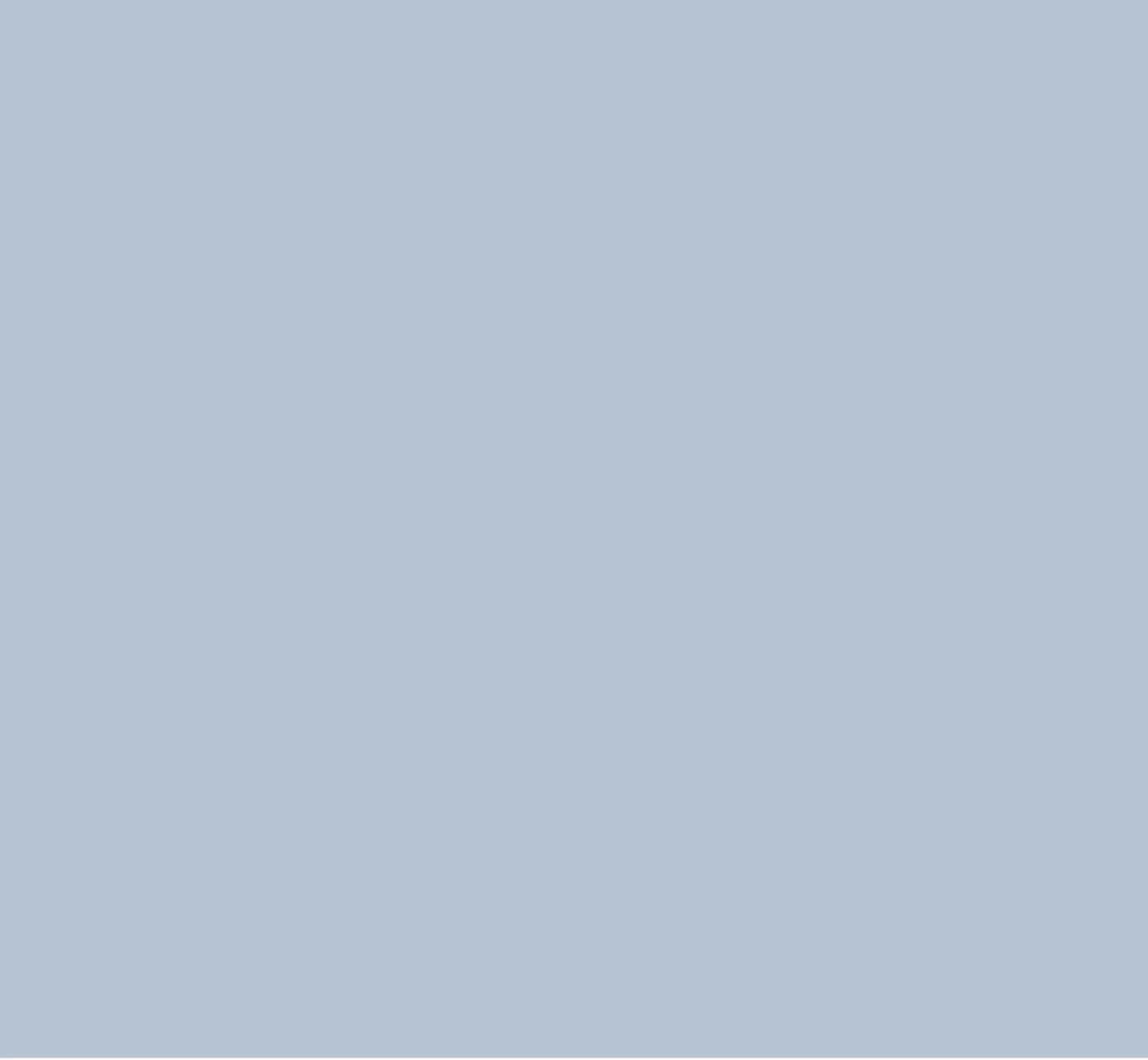 Blueberry Mash by Dulux is the darker shade 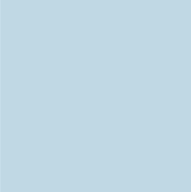 Windswept by Dulux is the undertone 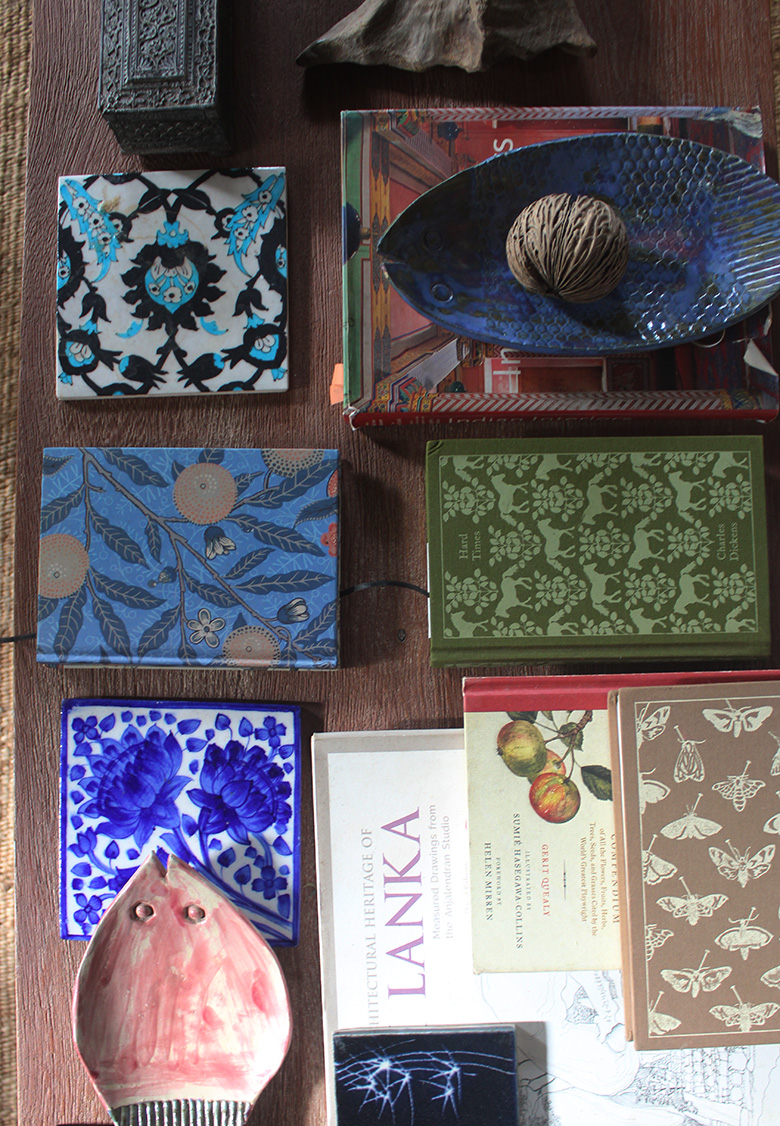 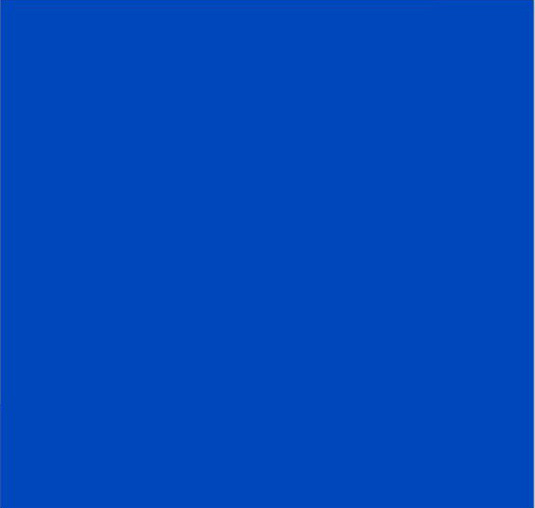 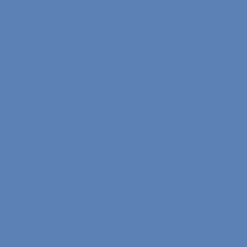 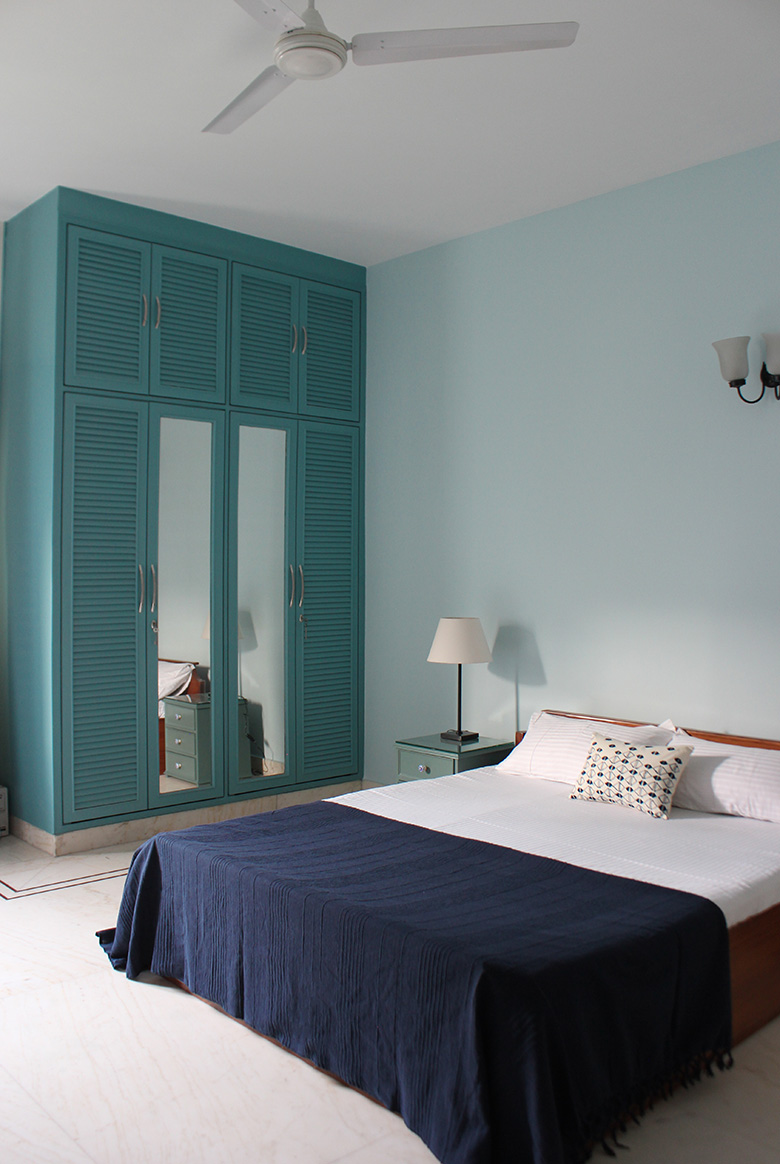 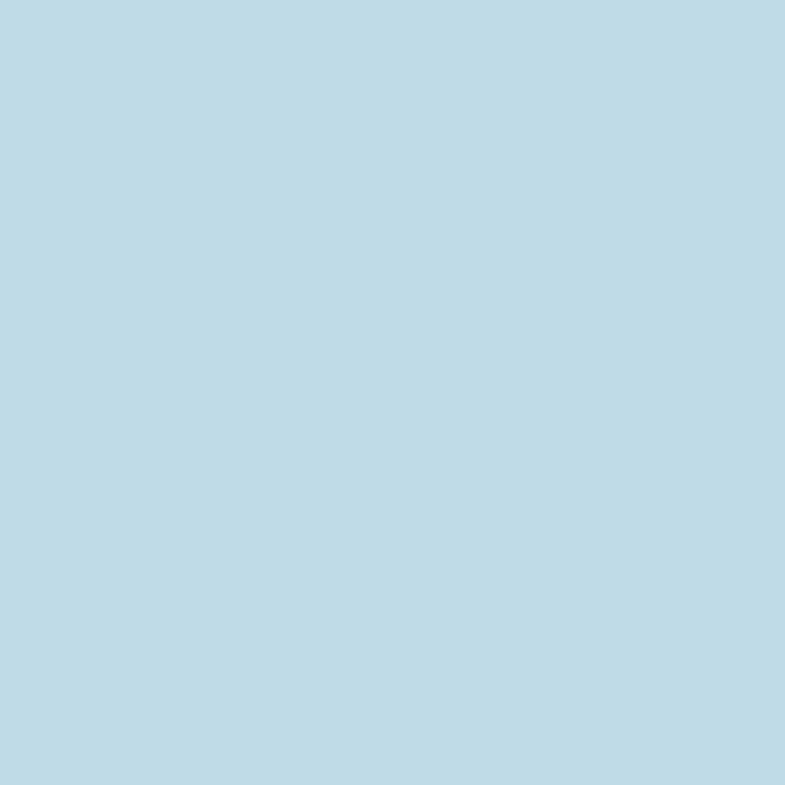 Skywatch. by Dulux is the colour on the walls 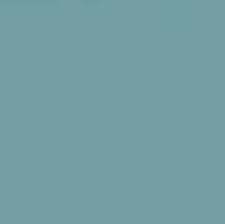 California Days by Dulux is the colour on the cupboard 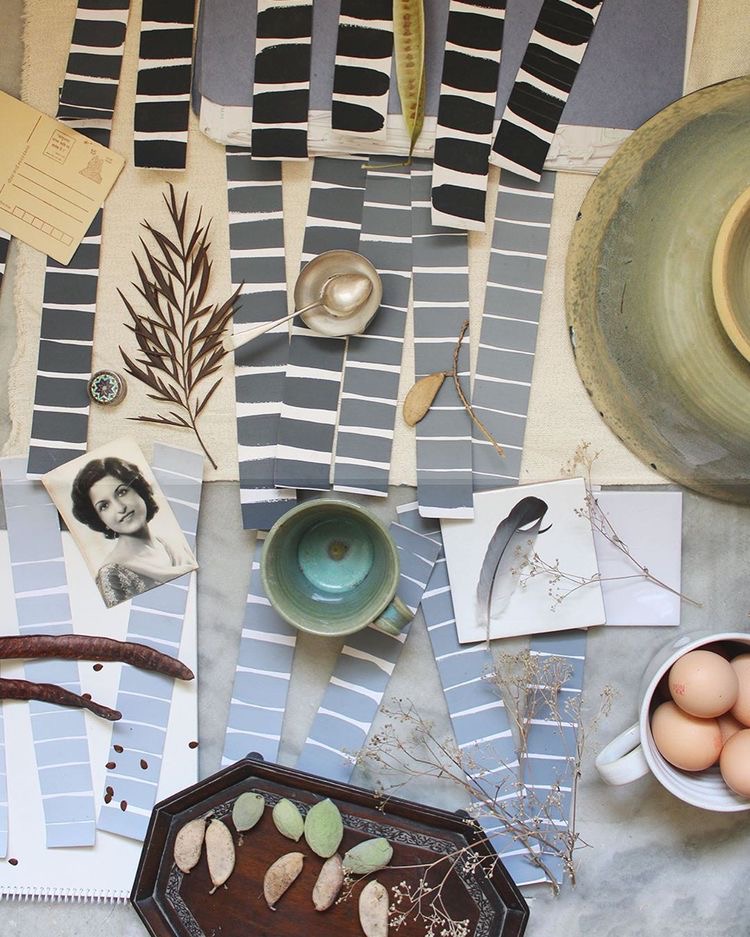 This mood board was  inspired by nostalgia and Delhi in the winter, both of which usually bear hues of blue grey 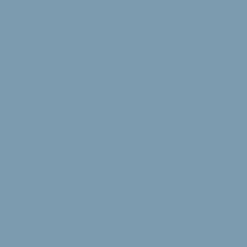 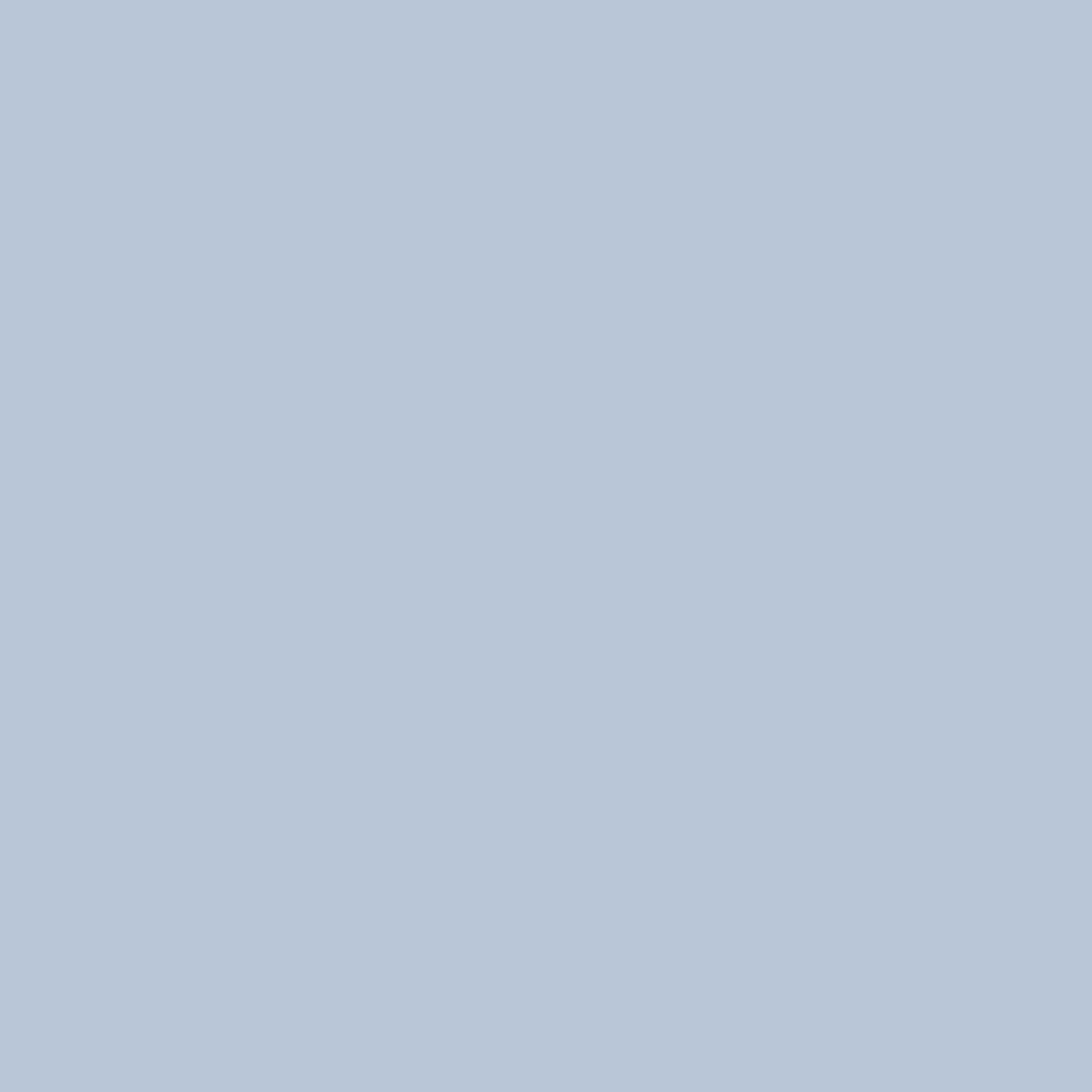 How to Create a Mottled Wall