Quietly he lives, quietly he dies,
Amidst the wilderness

-The Green Grass, U Soso Tham 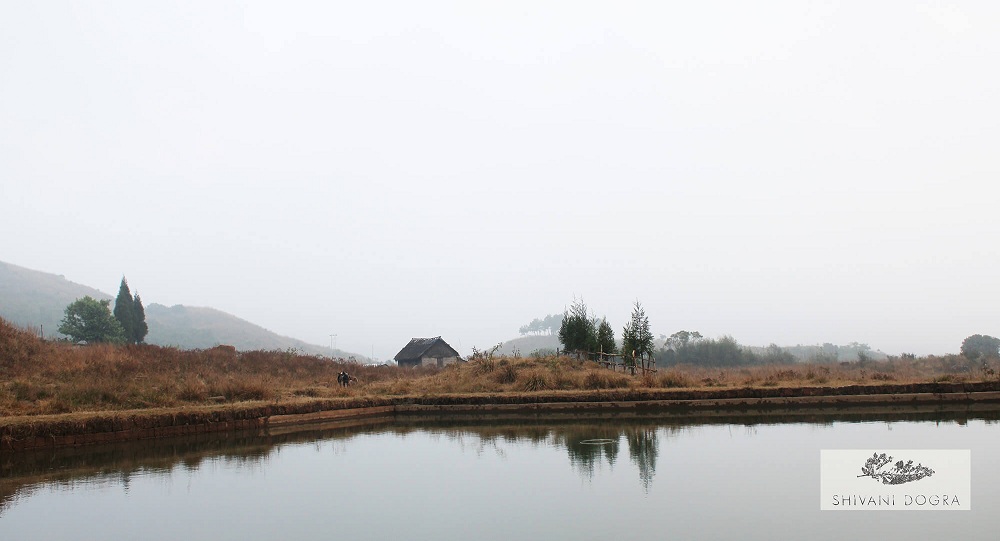 Smaller places with slower paces seem to disappear into the rural fog that occupies them in India. Work takes us from fast-paced, frantic metros to smaller towns and villages that stand half-forgotten and half enveloped in the mists of their own time. In the summer of  this year, we were offered a hospitality project in Sohra. This started out as a  consultancy, but turned into a project that had me relocate to site for part of the year.

I’d arrived in Sohra  in my city avatar, anxious about  work ,  deadlines & armed with a water tight plan for after my sojourn. There were plans for how our social media pages would be organised and updated while I was out of office,  plans for the frequency of blog posts  and  schedules for ongoing projects fixed. Nothing, it seemed, could alter the determination to see this executed. It took about a week for the first layers of urban veneer  to fade and to realise that life had begun to pace itself to the calm, smooth tempo of Sohra.  Fluctuating electricity was a perpetual issue as was  the near non existence of mobile network. The sun set at a quarter to five, which meant life wound down around then, and after a brief tussle to keep to routine, I decided to just be one with the flow.  Not least because I was now  inadvertently realising the simple,  yet joyful experiences that had been exchanged for a life in the city. My habit of being constantly connected and trying with little success to quit, was now being effortless aided. It would have been unwise to try and fight this new way of life.  Hiking trough Sohra’s picturesque landscape bookended by extraordinary sunsets and sunrises, making the time to meet people, getting involved with the community, passing long evenings with  conversation and music,  had put the relentless wheel of  survival I was used to,  to a momentary rest.

Living among the Khasi’s, one learns that one has enough— a basic wardrobe, clean water and air, simple food, a beautiful landscape, a place to stay  and most importantly, the warmth and caring of a simple people. The community in Sohra is small and is the centre of life in the village. The individual is respected, but comes after the community. The community centric way of living of the Khasis  is driven by simplicity. It moves at a pace that includes everyone—children, young adults and the elderly— all respecting and enjoying family, language,  friendships, society and their environment. In this gentle matrilineal society, “’From the women sprang the kind species. It is the father who gives the person and the stature” (as stated by the late Dr David Roy). It explains, quite simply, how the Khasis developed their own living, their own story and thus sprang their ‘Ri Hyniiewtrep’ or the ‘Land of the Seven Huts’.  Most all villages, rivers, streams,  hills and waterfalls have meaning and a history to their names from folklore or the environment,  signifying this community’s interdependence and respect for both.

Like everywhere,  things are not perfect in Sohra and there is the  other side. But, the source that gives rise to the  quiet satisfaction and affability of  this community seems to be  strong. And whilst we glean from the example of Sohra, it signifies smaller places all over India— where relationships between the community and the environment are sacred,  where art springs from every corner of living; where time stands still and weaves an everlasting story. Read more about the stay in Sohra here.

Our work at Hesod, drew inspiration from the landscape and the artistic and cultural traditions of Khasi people 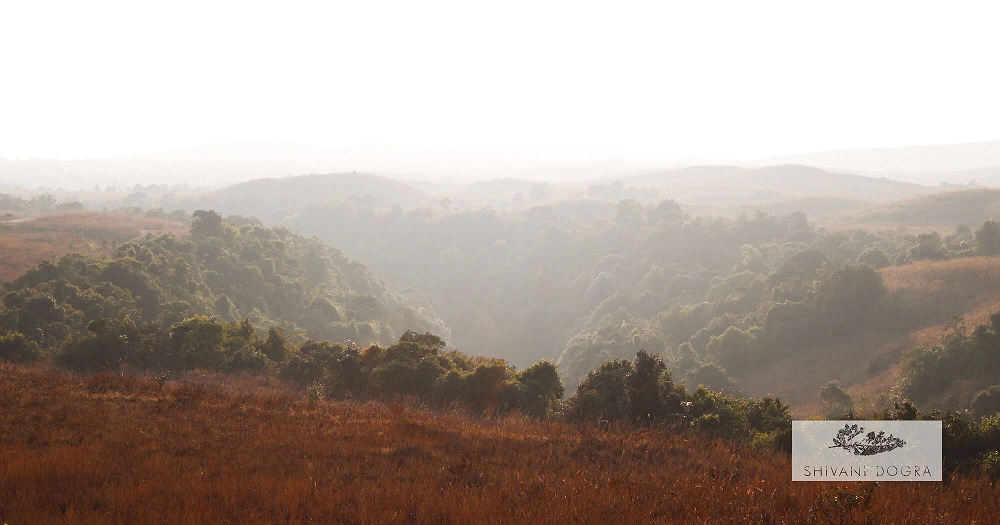 Sunsets around site were  mellow & soothing. They were captured to glean inspiration for how we wanted the space we were designing to feel

The remnants of an older home built with Chera stone. New structures tend to  constructed with RCC and painted quite brightly. 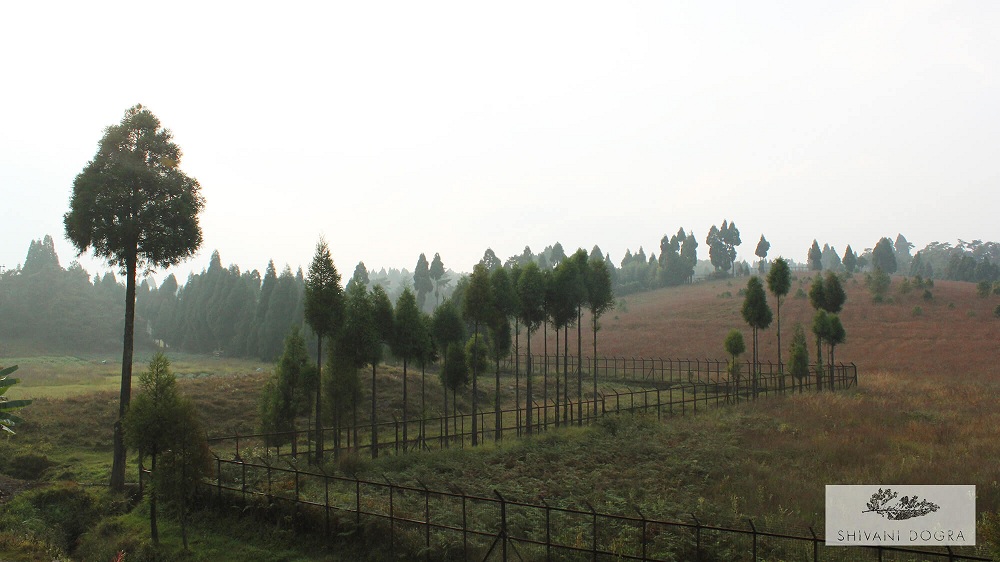 Inspiration begins almost as soon as you reach Sohra. This spot was a good place to break  journey from Shillong to Sohra.