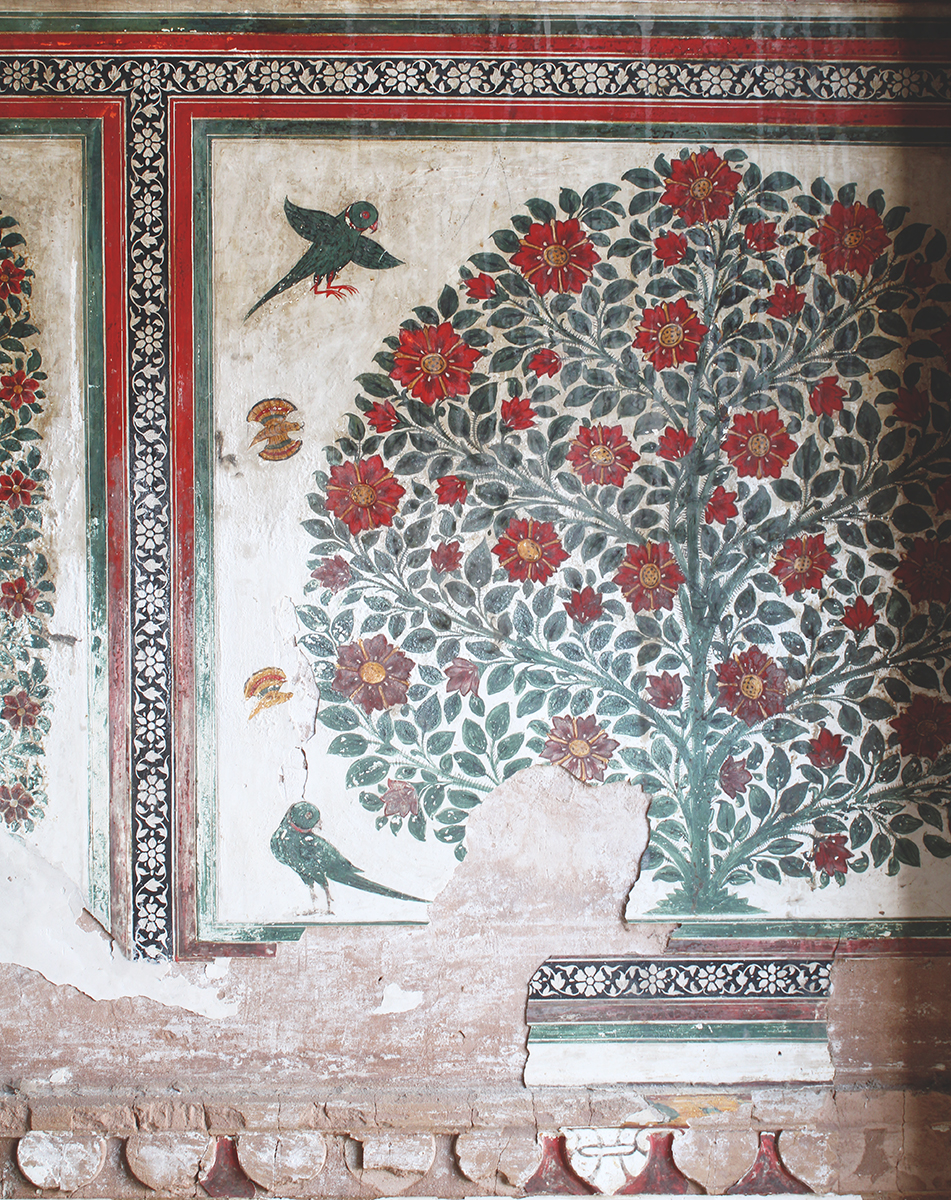 Inspiration can be found  everywhere in India — in the frenetic pace of Delhi, the quiet  of the Himalayas and in the  landscape of Rajasthan. It is often in the unexpected that inspiration in an Indian city makes its appearance,  like in the pause & communion of  chai under an ancient Banyan tree engulfed by  frenzied activity.  Or in the sighting of Nilgai near a busy airport and sometimes in a Peepal sapling that grows resiliently between cracks of blackened concrete on a municipal building. These are moments that surprise and revive — soulful, real and organic– and reminders in the controlled urban landscape that beauty  when left uncultivated & imperfect is intriguing.

The rural Indian landscape lends itself more freely to inspiration  for a person that likes a more natural  environment. Yet, even here there are moments of unexpected inspiration, such as a discovery of an old step well in the undergrowth in a village in Uttarakhand. Or an encounter with a  striking Haveli (mansion), featured here,  hidden amid an assortment of RCC structures in a  nondescript  town in Shekhawati, Rajasthan.

From the exterior Sone Chandi Haveli is less grand than the numerous  others that dot the landscape in Shekhawati. It lies inconspicuously  amid  surrounding buildings, but within it is a  richly frescoed interior and intricately carved wood panels. The lush scenes painted on the walls are replete with  figures from Hindu mythology, fruits, flowers, birds and trees that make  one immediately forget the dusty landscape  outside. To have discovered this gem at the end of a long drive was the highlight of my trip to Shekhawati. It was revitalising!

While it is a truism that Rajasthan is ceaselessly inspiring for the artist and tourist, it must be stated  again. For  even in this region of much explored and exhibited inspiration, I was still taken by  surprise by the magnificence  concealed within a small, seemingly standard Haveli — an experience that was rejuvenating and transformative! Rajasthan is indeed a creative person’s delight and like much of this country offers unexpected inspiration 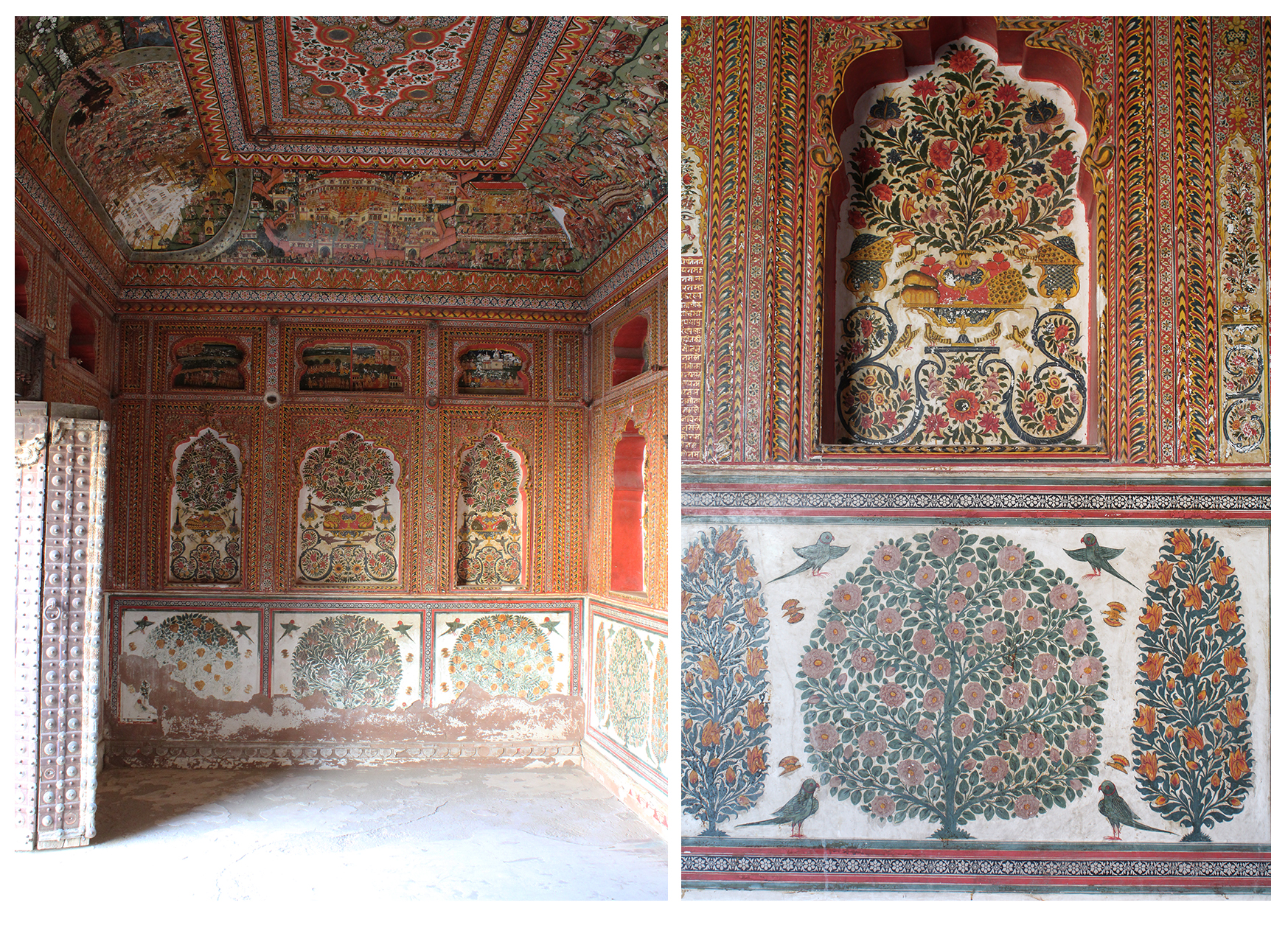 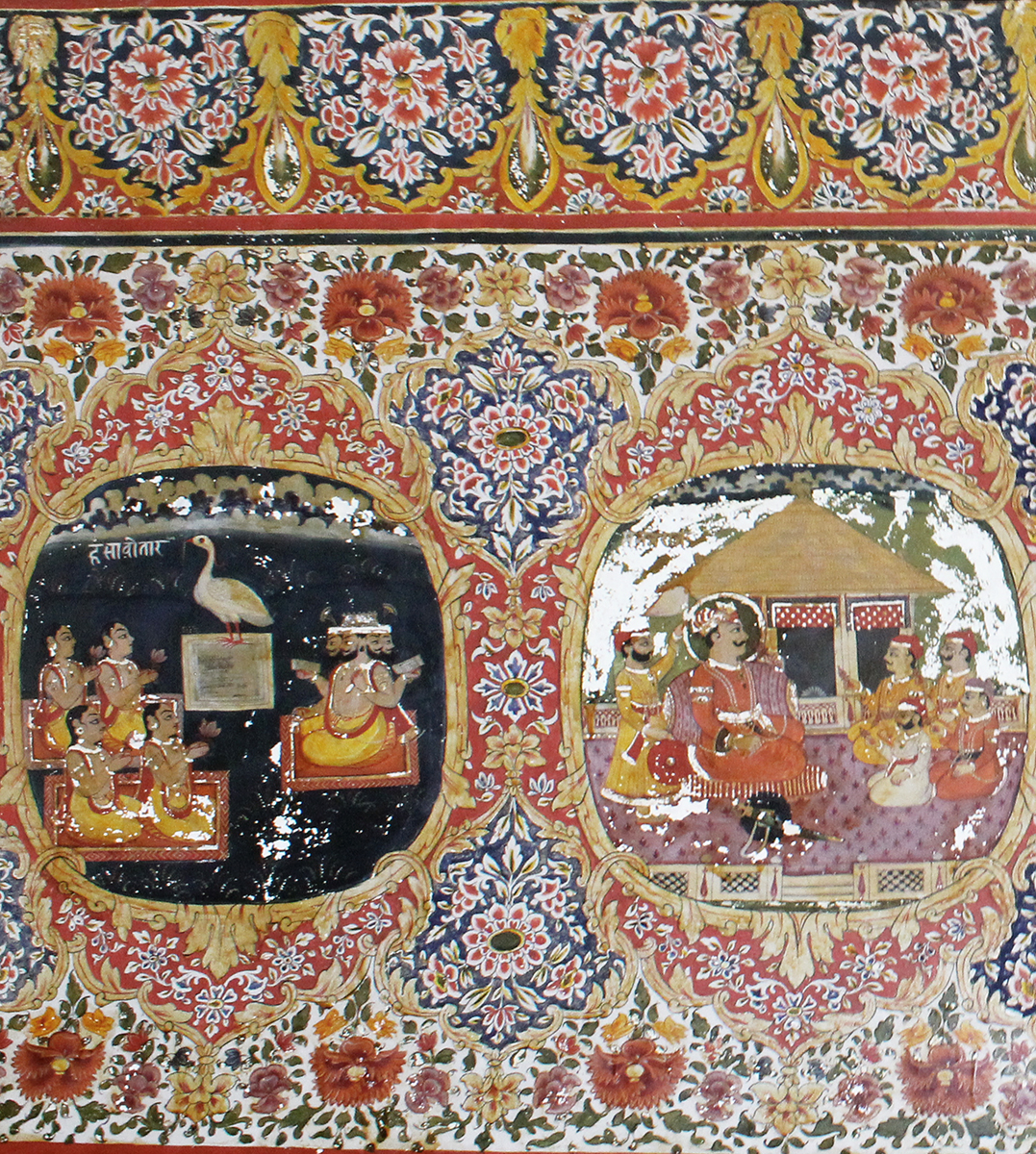 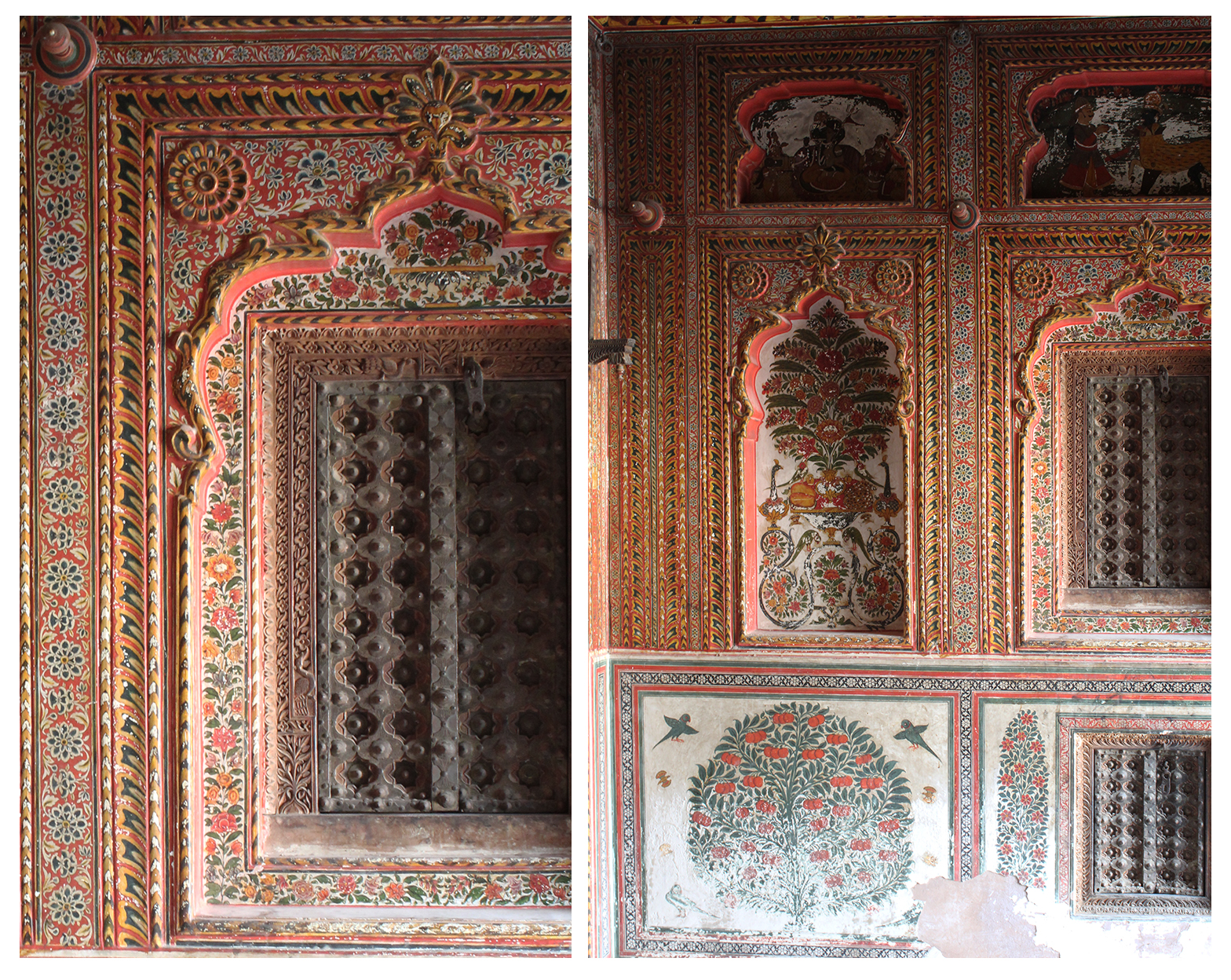 Colour in the Thar