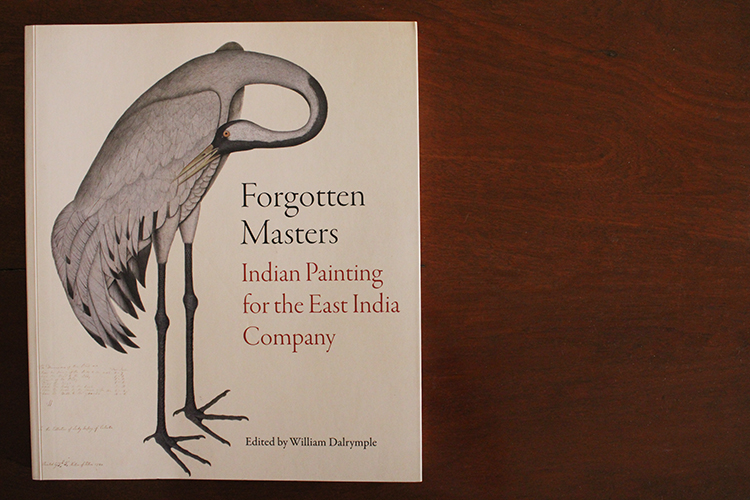 On the evening before the second lockdown in Delhi I bought Forgotten Masters, Indian Painting for the East India Company for some easy lockdown reading. The book features the work of Indian artists who were commissioned by employees of  the East India Company to capture scenes of everyday life, architecture, flora and fauna in India. The results are a  hybrid Indo-European style that has come to be known as  Company Painting.  This was a quick buy – a  natural choice for me,  having read about, admired and  used quality prints of Company Painting  in work before, such as this one below of A Groom Holding Two Carriage Horses, Calcutta  by Shaikh Muhammad Amir  of Karraya. It was  chosen for a Bengali client from  the US.

The book is a sensitive  put together of Indian artists by region and their work. It highlights the artist and was an interesting discovery into the styles  of Aghulam Ali Khan, Bhawani Das, Ram Das, Yellapah and other artists, only a few of whom I’d known before. I’ve scanned some of my personal favourites  from the book for the journal this week.

An excerpt from the jacket flap: Edited by writer and historian William Dalrymple, these hybrid paintings explore both the beauty of the Indian natural world and the social realities of the time in one hundred masterpieces, often of astonishing brilliance and originality. They shed light on a forgotten moment in Anglo-Indian history during which Indian artists responded to European influences while keeping intact their own artistic visions and styles. These artists represent the last phase of Indian artistic genius before the onset of the twin assaults – photography and the influence of western colonial art schools – ended an unbroken tradition of painting going back two thousand years. As these masterworks show, the greatest of these painters deserve to be remembered as among the most remarkable Indian artists of all time. 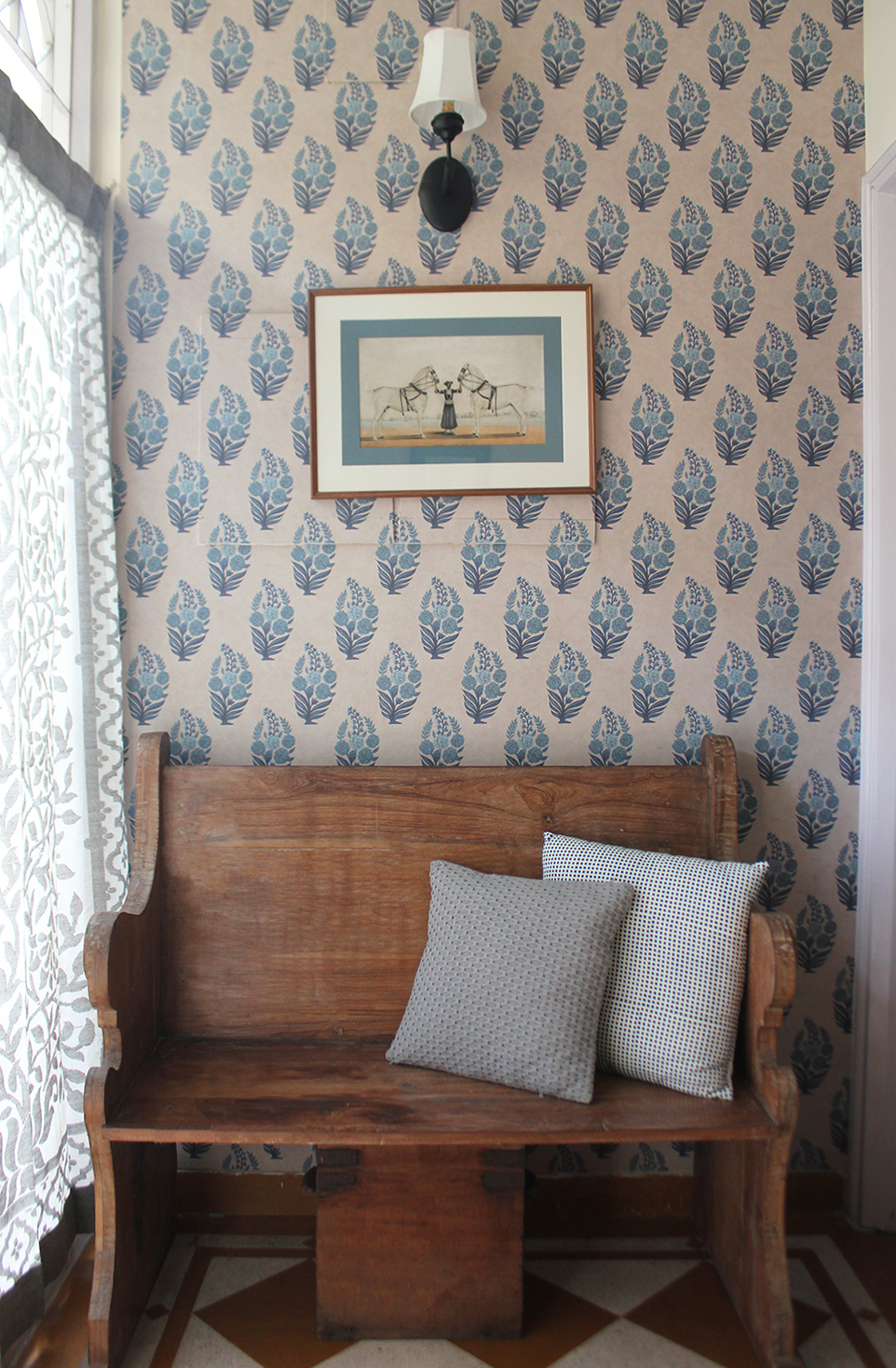 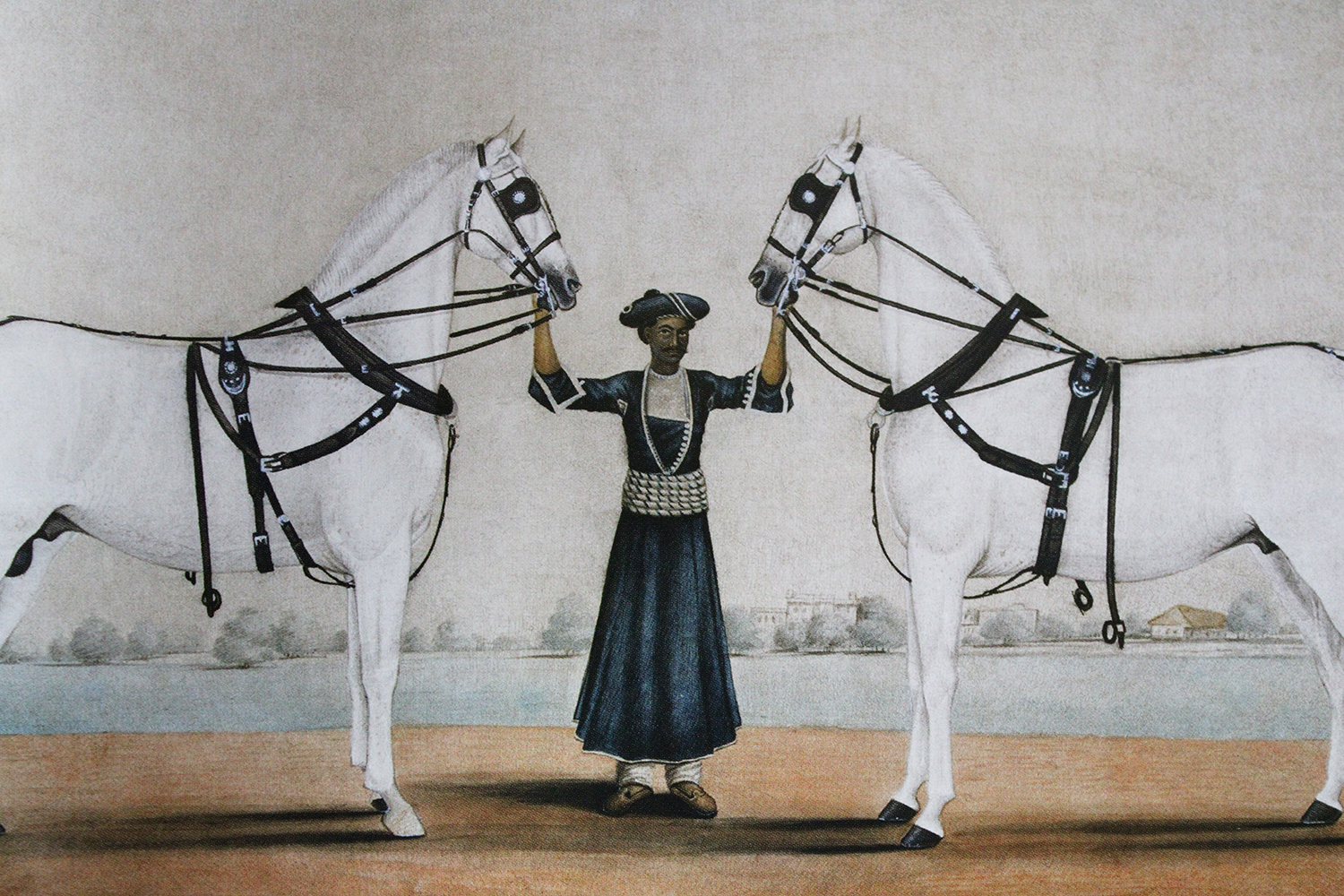 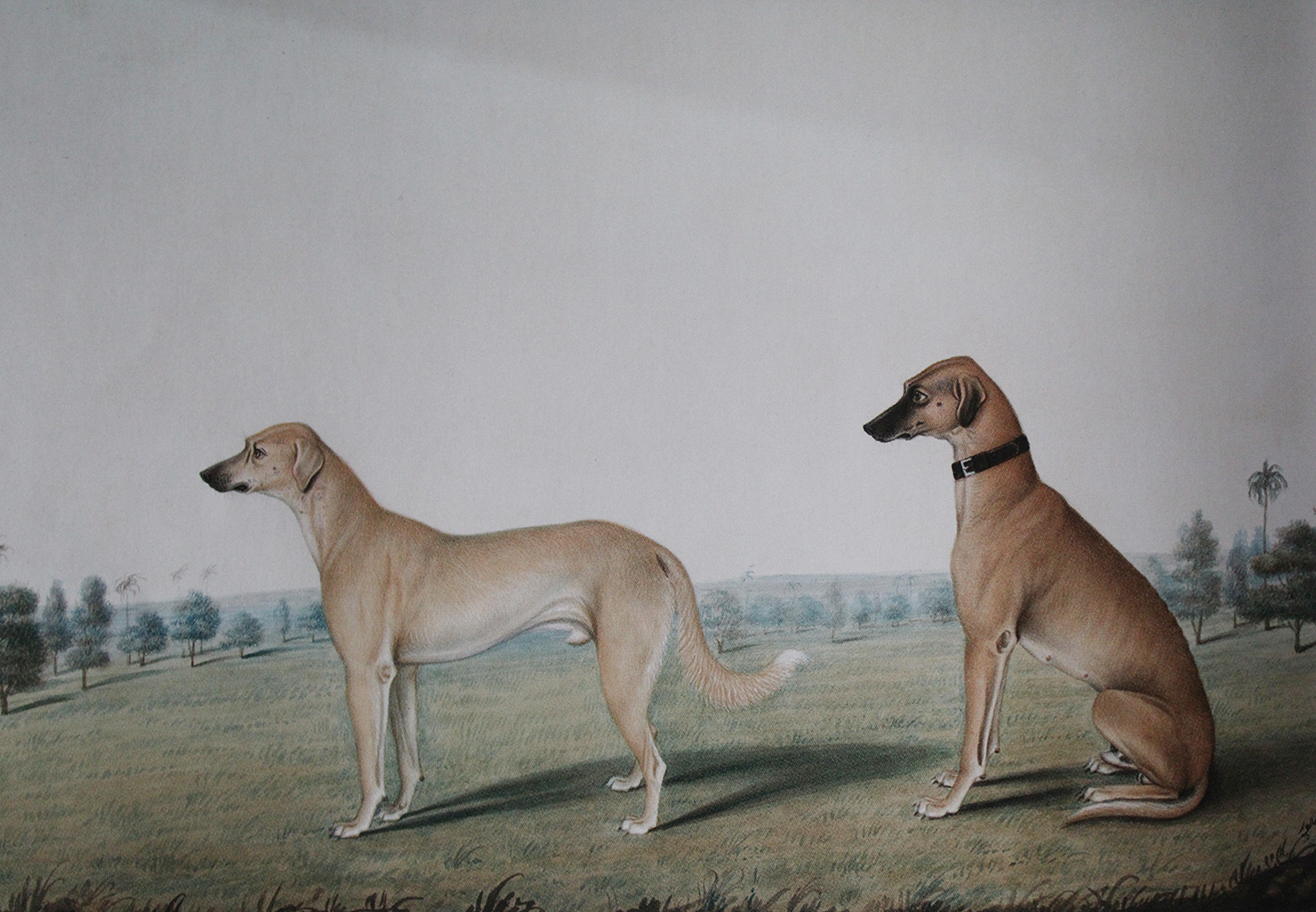 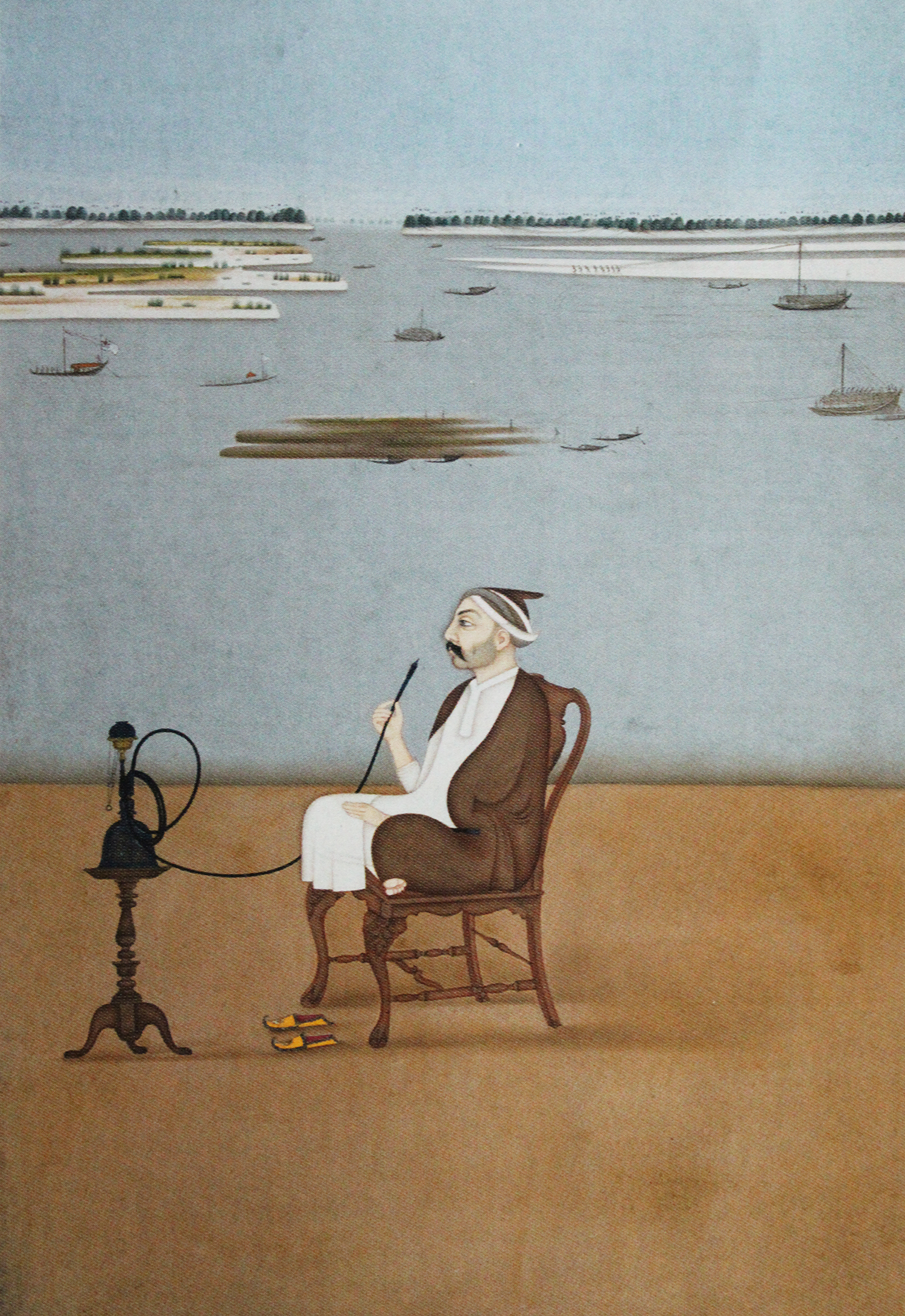 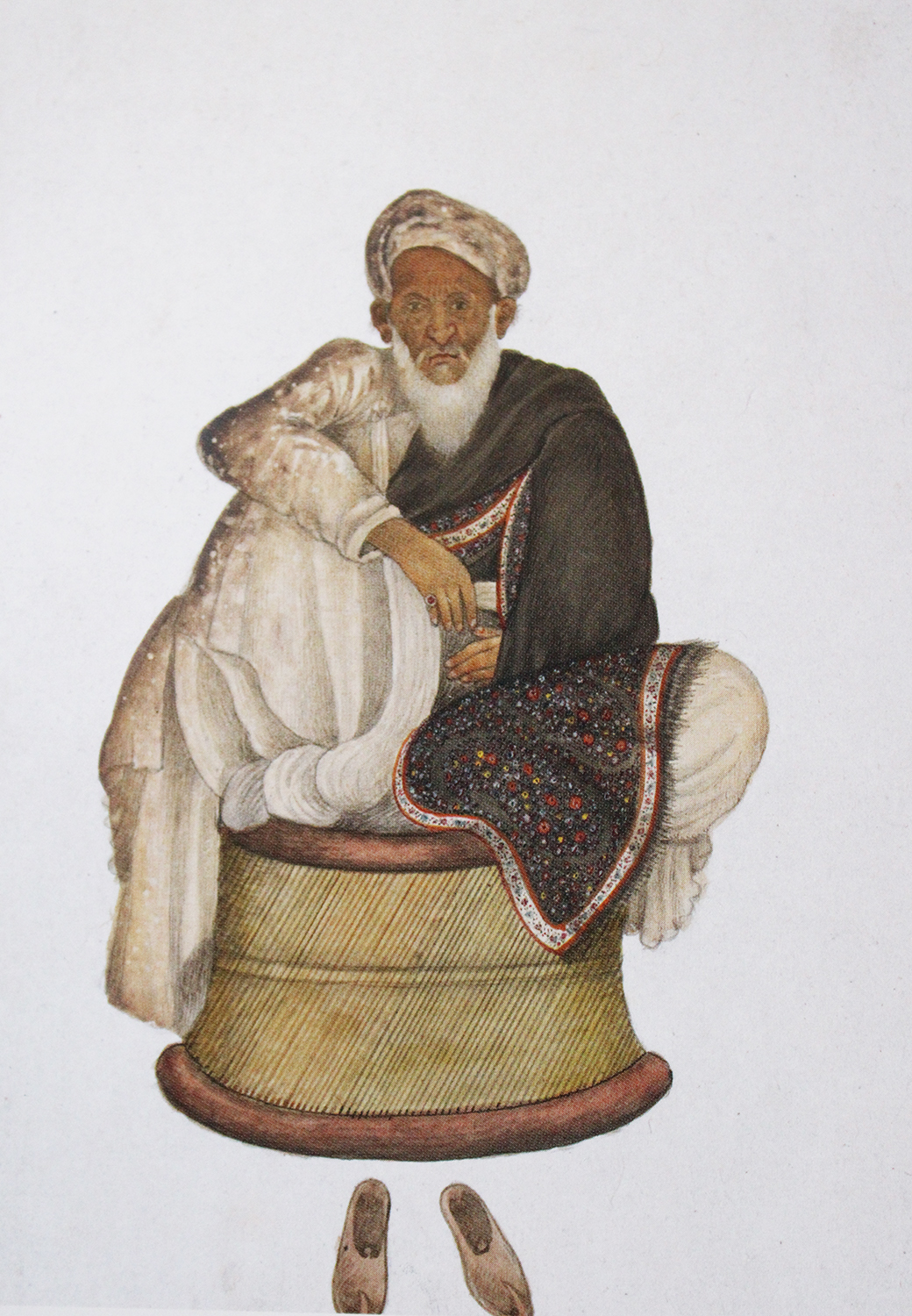 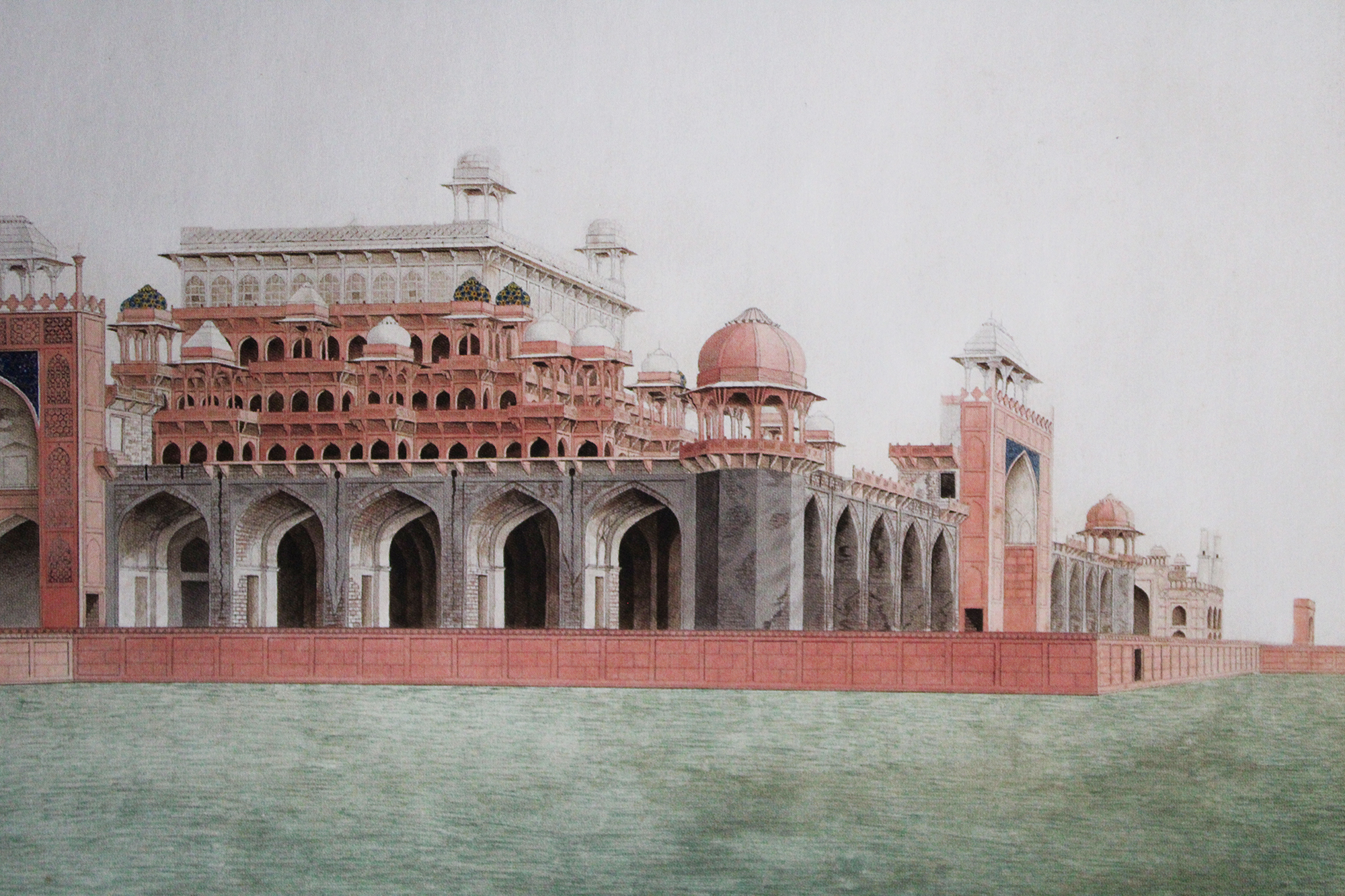 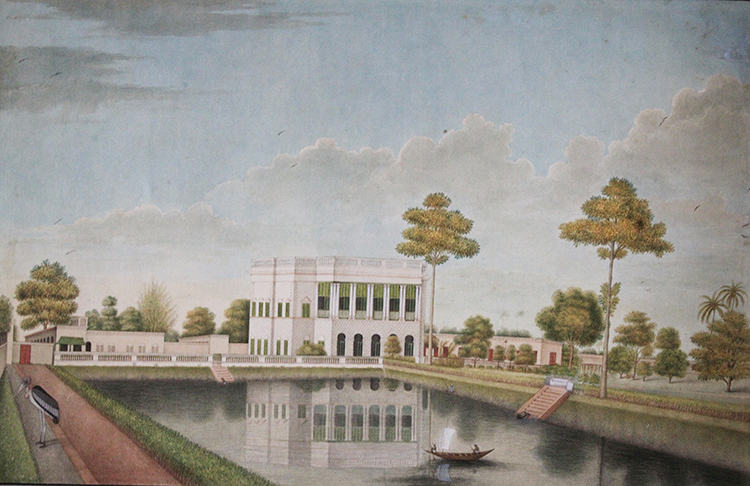 A Calcutta House and Garden by Shaikh Muhammad Amir of Karraya