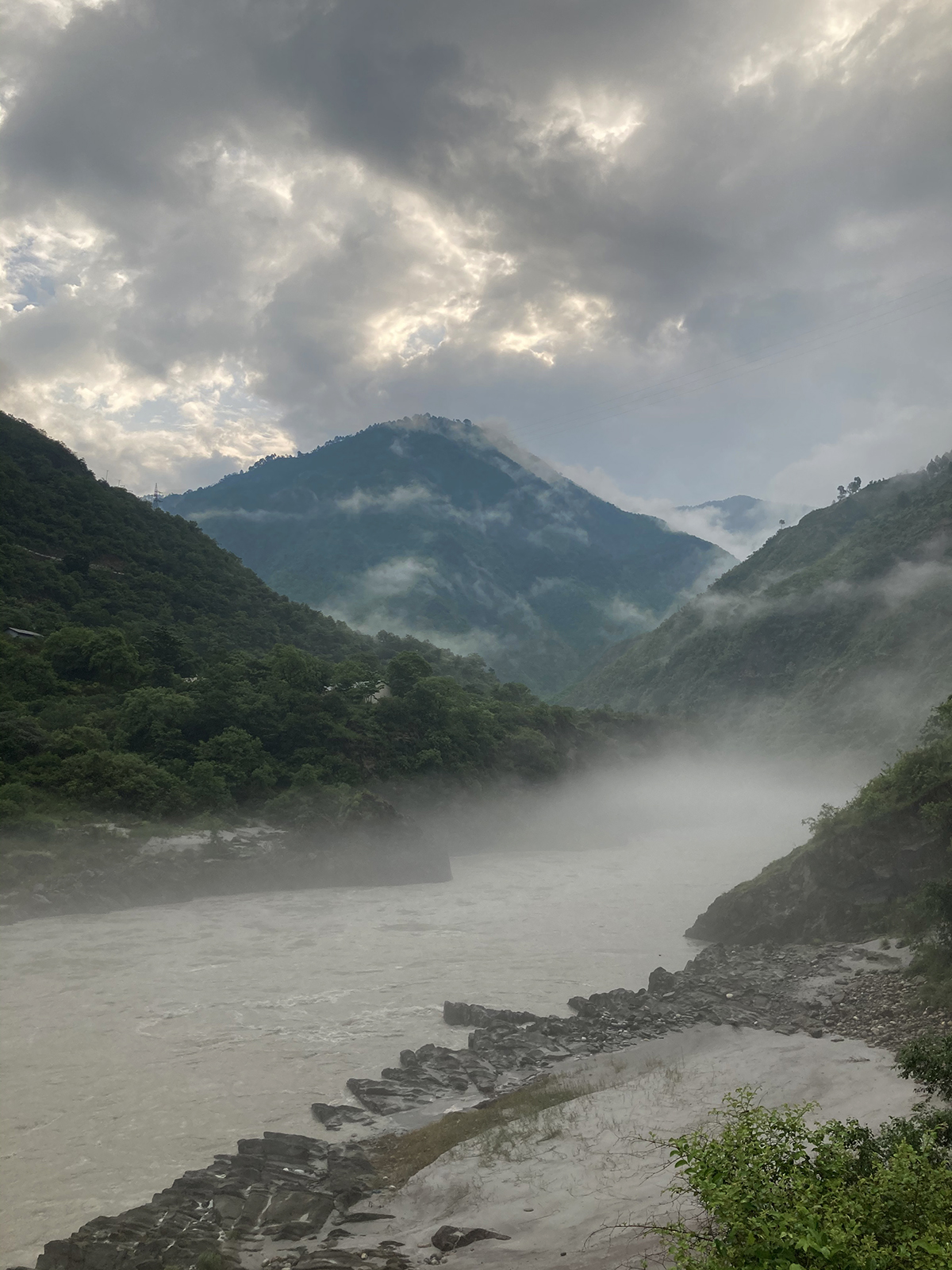 Every once in a while we get called for an interesting  project from a place off the beaten track. Devprayag, where I’d visited once before on work in the media,  is where work has called again, this time as an interior designer. The small town, quieter this year because of COVID is where the Alakananda and Bhagirathi rivers come together  to form the holy Ganges.Years ago, whilst working in the media, we followed the  Ganges from Devprayag  through the states of Uttar Pradesh, Bihar and finally down to Ganga Sagar in Bengal, where it pours out into the Bay. It was an  intriguing journey-a grounding one, for  to observe the might of one river and its  power to sustain and nurture for centuries one of the densest populations on earth,  is humbling.

Last evening my walking companion and I visited the evening Arti ( prayer ritual) at the confluence of the two rivers.  Our path led us through the Devprayag market.  It was  a market typical of  India,  where old and new brightly painted family run stores jostled together with animals and humans.  Near the river,  a barber played loud and somewhat unholy music, restaurants sold local food stood and holy men chanted their mantras.   When one travels extensively  it is difficult not to absorb local influences, many of which translate into the work we do. I took these and other images (on Instagram) for colour and atmospheric  references. They’re a way  to remember the flavour of Devprayag and its surrounding mountain villages for when I’m back at the studio, in a world far removed from the contented air of the Himalayas and the reassuring sound of a river. 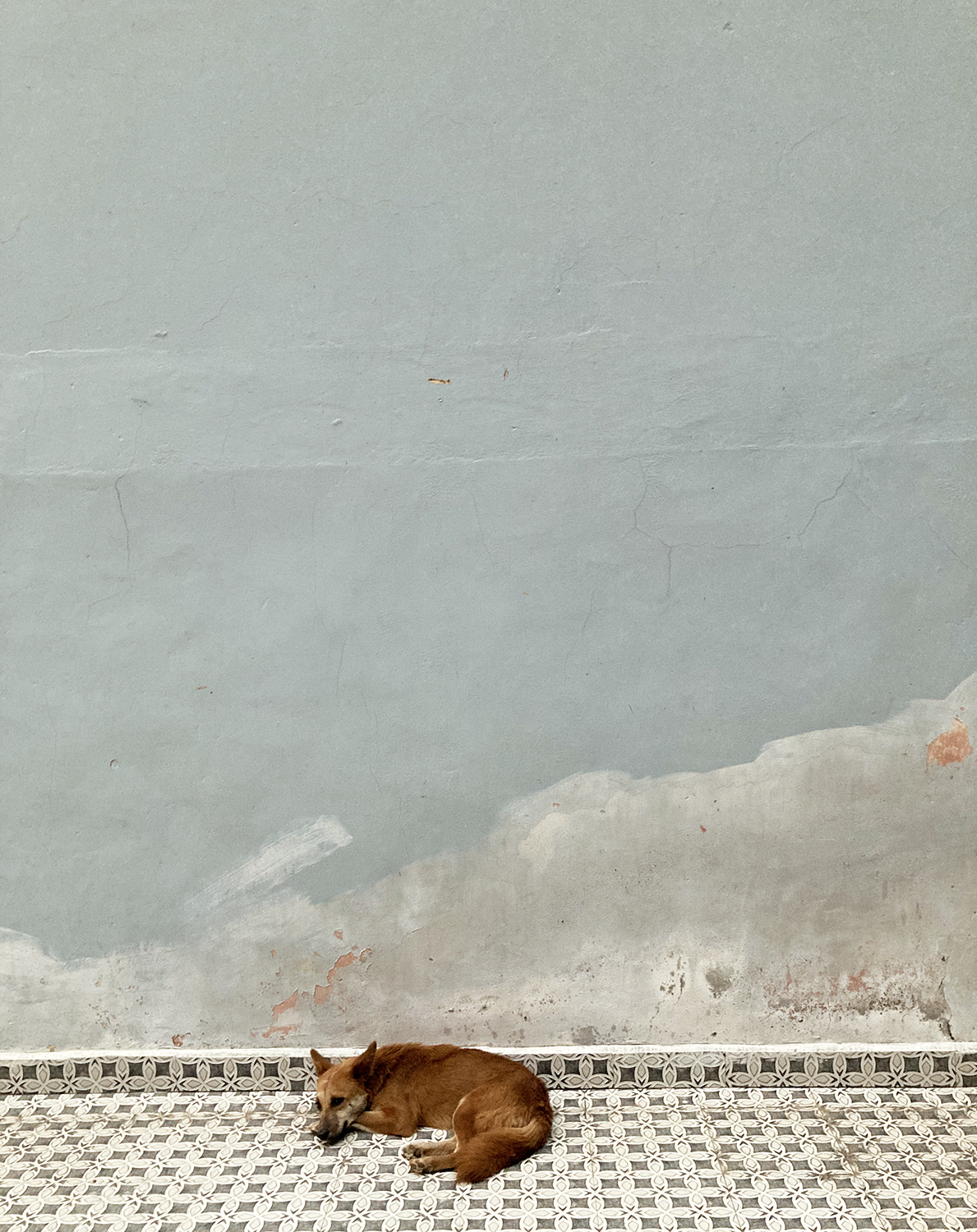 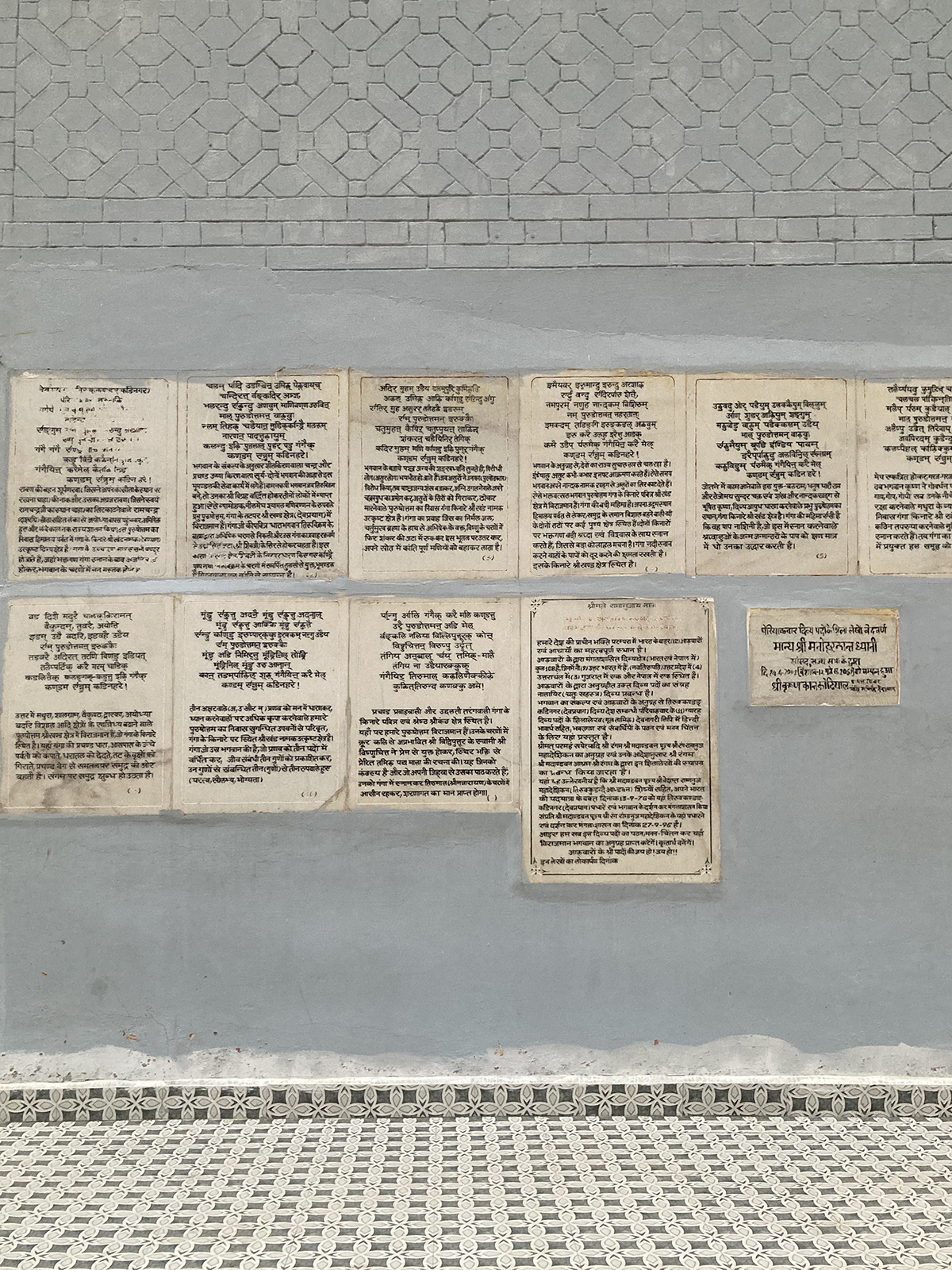 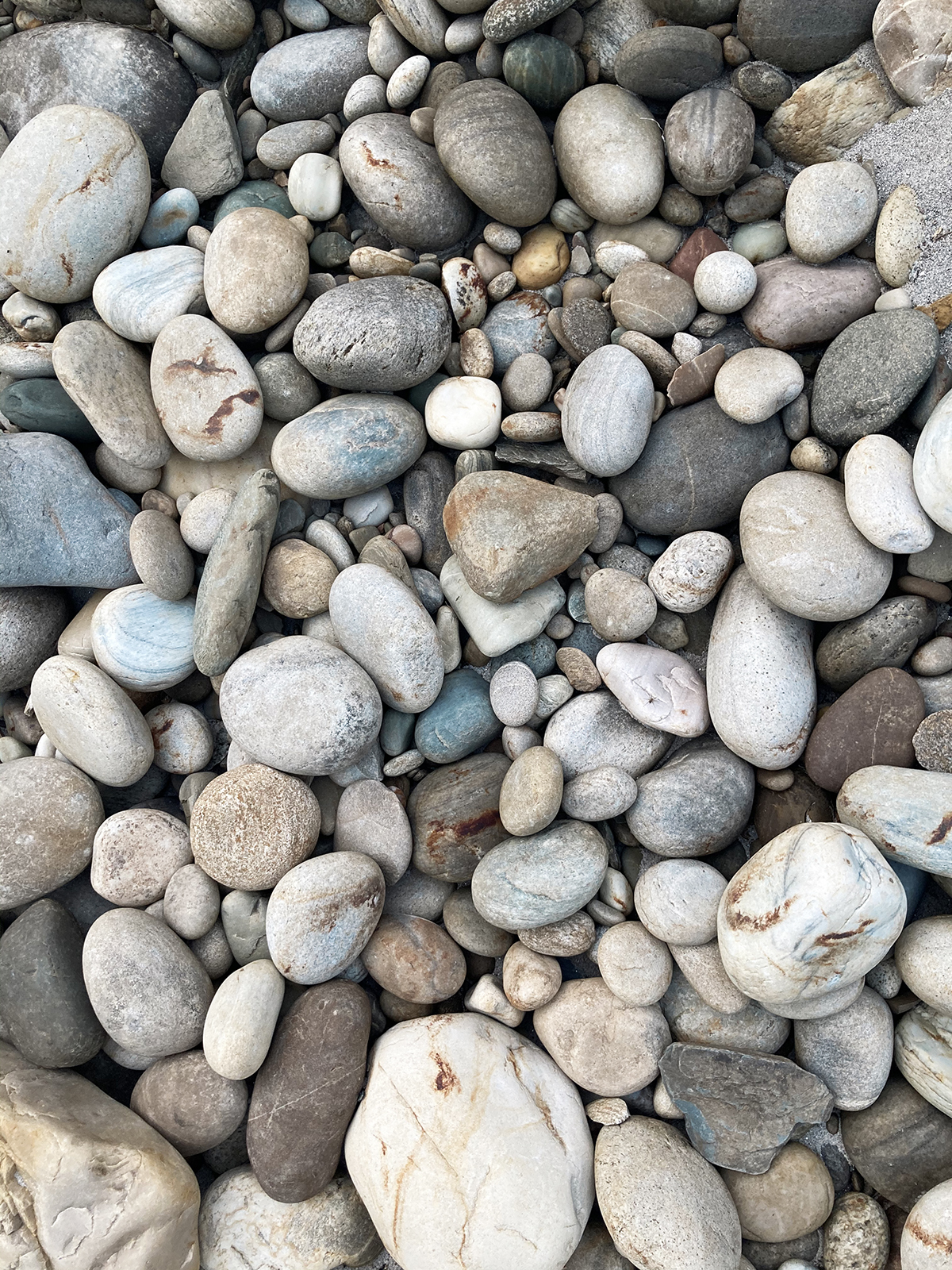 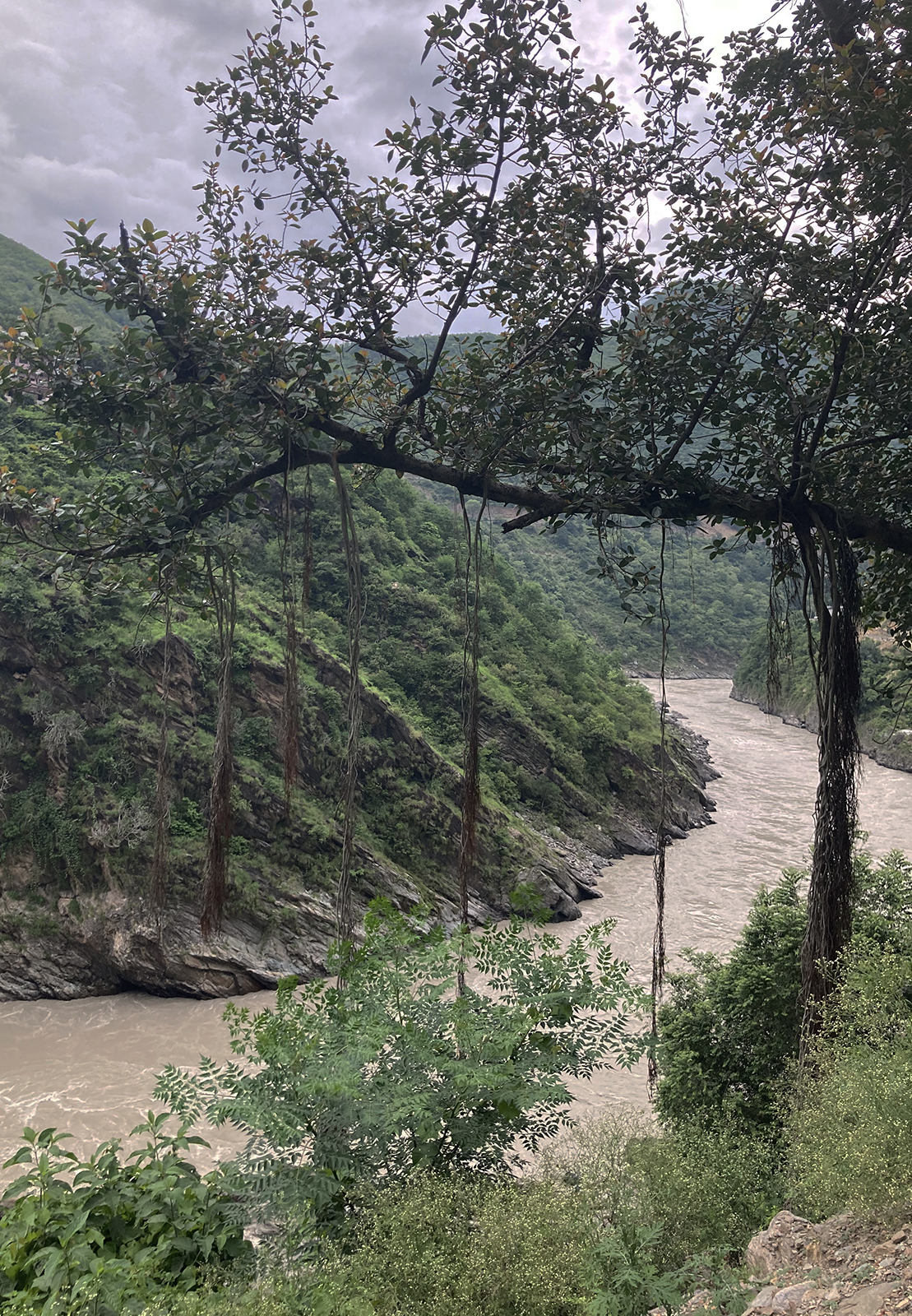 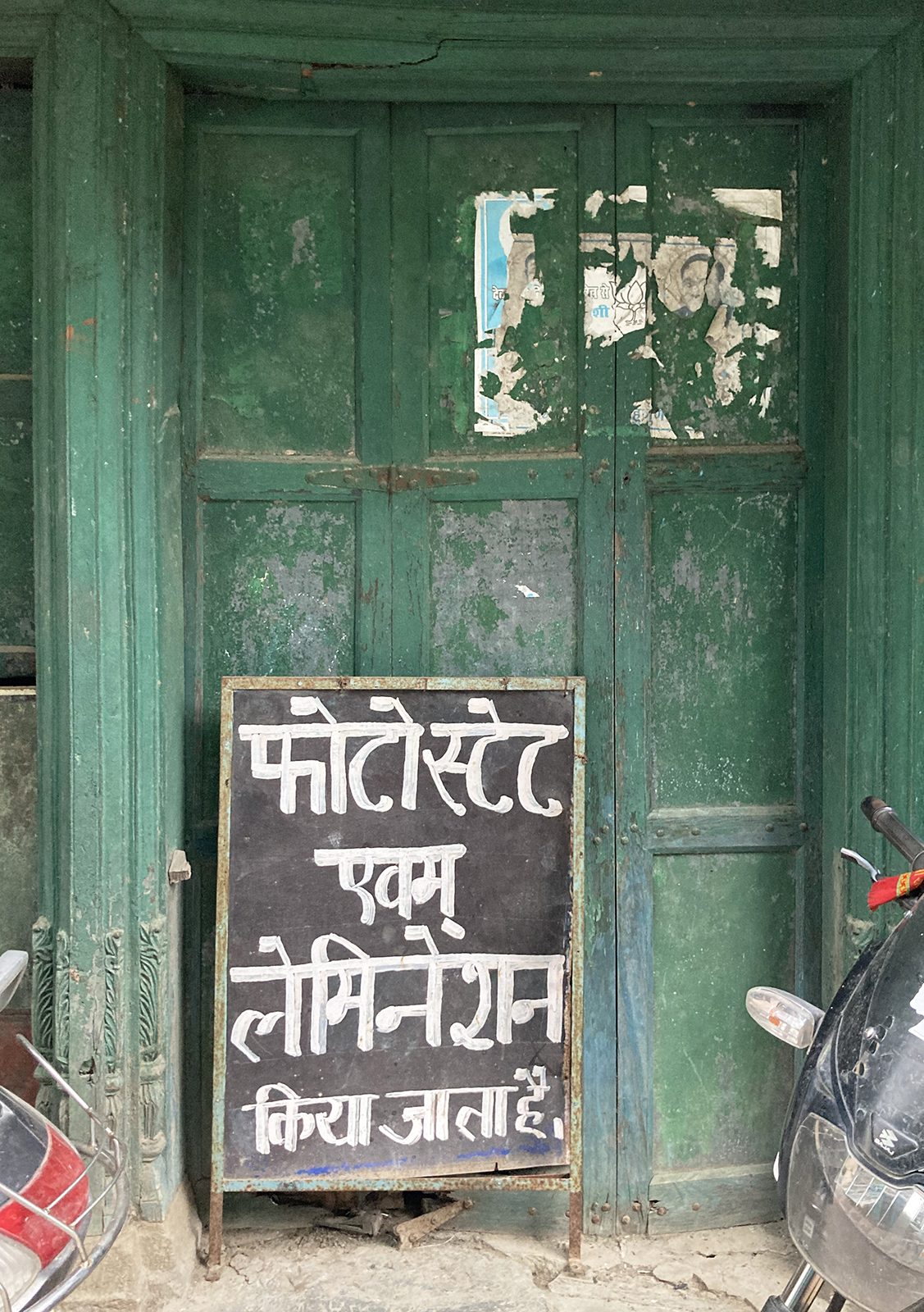 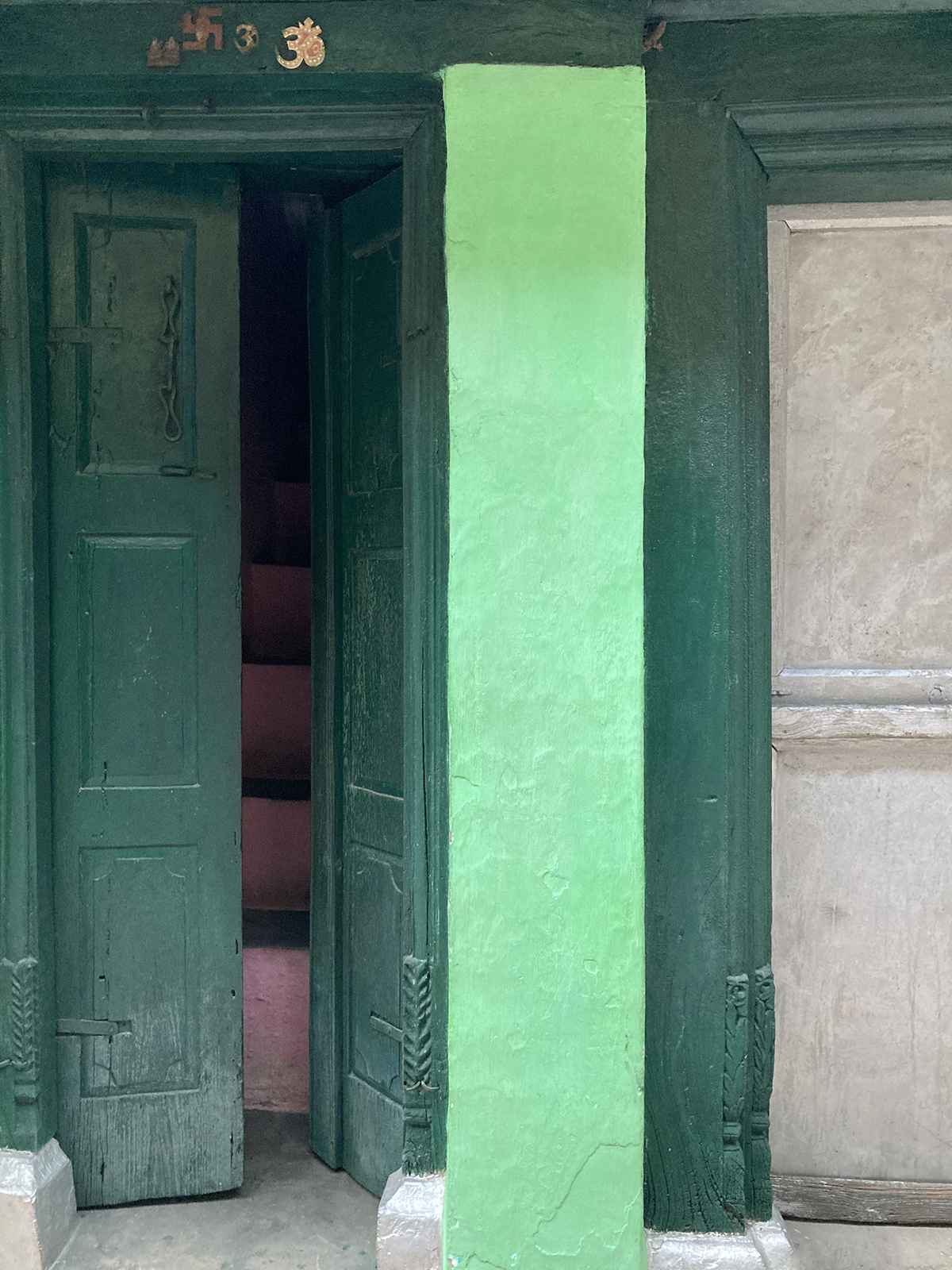